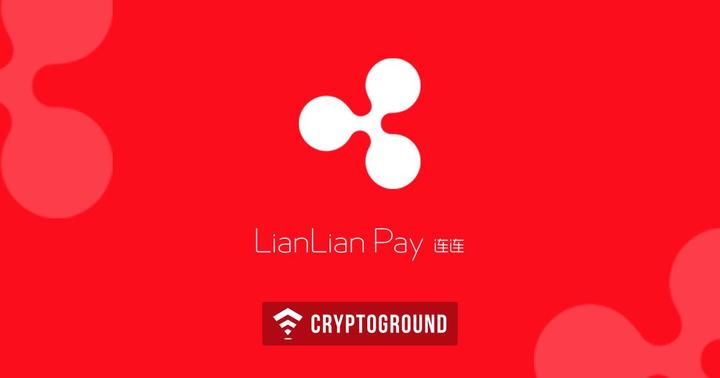 Ripple has been one of the most popular and promising names when it comes to the world of blockchain and cryptocurrency technologies. The platform gained a lot of popularity last year as XRP prices shot up by 36,000%. Earlier this year, Ripple teamed up with MoneyGram for international money transfers. Today, another major announcement comes from Ripple. RippleNet has now tied up with LianLian International.

This partnership between RippleNet and LianLina International will help offer a faster and less expensive way of cross-border transactions between the US, China and Europe. This partnership is critical for the growth of Ripple as this brings them to the Chinese markets. Brad Garlinghouse, CEO of Ripple, tweeted that Ripple “just opened the door to the largest e-commerce market in the world”:

LianLian International is based in China. The terms of their deal include LianLian adopting xCurrent, which is Ripple’s enterprise blockchain product. Ripple calls xCurrent an ‘Instantaneous Settlement Solution’.

“Cross-border payments related to China’s e-commerce market reached $1.07 trillion in 2017. There is a huge opportunity to make these payments quicker and more cost-efficient,” said Emi Yoshikawa, Ripple’s director of joint venture partnerships. “With RippleNet, LianLian will now be able to provide merchants and consumers with on-demand payments, which they weren’t able to before. We look forward to connecting other RippleNet members to LianLian.”

RippleNet, for those who may not be aware, is Ripple’s decentralize global network which includes a network of banks and other financial institutes. The network handles real-time confirmations of transactions. Over the months, Ripple continues to increase their partnerships. The system has teamed up with over a hundred banks and financial institutes so far. LianLina International too has some major partners - including the likes of Amazon, AliExpress and EBay.

Ripple has been trying to make its way into the Asian markets for quite some time now. The company believes that the Asian markets hold the key to a truly global level of success. This is a major step forward for Ripple in this direction. Ripple’s is also working on expanding their reach in the South Korean and Japanese markets as well.

There is, however, a major difference between this partnership which Ripple and LianLian have vs the one that Ripple and MoneyGram have - that of XRP integration. This partnership with LianLian does not involve any use of Ripple’s native currency, XRP. These XRP integrations are a part of Ripple’s xRapid network, which the company claims are more efficient and cost-effective than their other blockchain solutions. However, most of their partners have opted for the RippleNet system.

As of this moment, the biggest name supporting the XRP integrated xRapid network is that of MoneyGram, which is the second largest money transfer service on the planet. However, for now, even MoneyGram is testing this as an internal pilot program and hasn’t opened it for the public yet. Ripple, however, is quite hopeful that in the year 2018, many more names will join their xRapid Network.