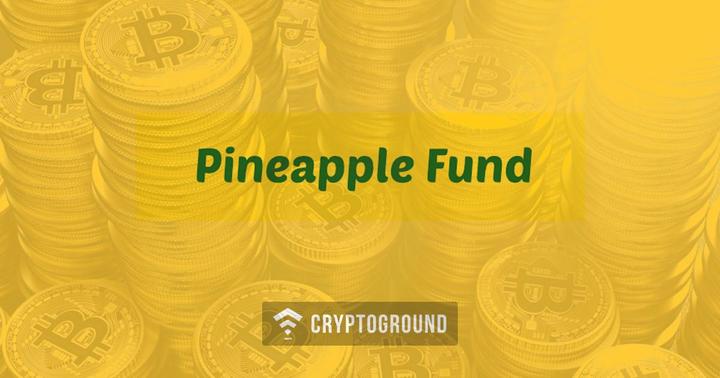 Anonymous Bitcoin donations are the newest form of charity these days. The Free Software Foundation, which is a non-profit organization which aims at defending the rights of software users and promotes free software received a major donation of $1 Million in Bitcoins today from the Pineapple Fund - an anonymous Bitcoin Charity organization.

As per the Free Software Foundation, they received a donation of 91.45 BTC. They expressed their gratitude over a Tweet stating: We're overjoyed to announce that the FSF has received an extraordinary gift of 91.45 Bitcoin from the #PineappleFund, valued at $1 million! Huge thanks to the Pineapple Fund for this tremendous contribution to software freedom.

The Free Software Foundation is basically an organization that promotes the freedom to study the code, distribute, create, and modify computer software. This foundation empowers computer users to do more and to have more control over the software that they use without fearing that they would be unnecessarily bullied by the developers of the software.

The Free Software Foundation has received a donation of over 1000 BTC in the past seven years. The foundation has been accepting Bitcoin payments since 2011 and added support for Litecoin in 2013.

As per the Free Software Foundation, they would make use of this donation to:

What is the Pineapple Fund?

For those wondering what the Pineapple Fund is and who its members are, we are as clueless as you. This Bitcoin charity organization has been around for a short while but has made quite a name for itself. It is a fund of 86 Million dollars which the organization aims at distributing to organizations over time. A donation of over 35 Million USD has already been made so far to various organizations such as Wiki Edu, ACLU, MAPS, The Water Project, etc.

The motto of the Pineapple Fund is "because once you have enough money, money doesn't matter". They have been donating to a number of different charities after assessing them on various fronts. The Pineapple Fund has donated a million dollars to the Free Software Foundation which will now be used to further their consumer empowerment efforts.

"Free software is more than open source; it is a movement that encourages community collaboration and protects users' freedom," wrote Pine. "The Free Software Foundation does amazing work, and I'm certain the funds will be put to good use."

What is the Proof of Stake Protocol?