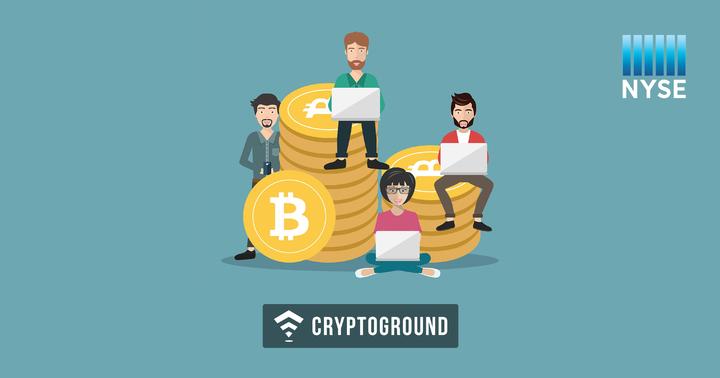 While the first quarter of 2018 wasn’t really full of good news for crytpo-enthusiasts, it appears that the second quarter of the year has several surprises! Weeks ago, NASDAQ stated that they wish to set up a cryptocurrency exchange in the future. Today, reports from the New York Times indicate that ICE, the parent firm of the New York Stock Exchange - is also looking forward to set-up a Bitcoin trading platform.

ICE, which stands for Intercontinental Exchange is the parent firm of NYSE - and a major financial powerhouse. People familiar with the situation have stated that this trading platform would allow investors to buy and hold Bitcoin - however, it is being created only for large investors. However, this won’t be the first time that ICE gives cryptocurrencies a serious thought. In March, ICE started off with a ‘cryptocurrency data feed’.

Reports indicate that ICE has been getting in touch with financial institutions over the creation of a new operation via which banks can buy a contract known as ‘Swap’. This Swap contract would allow the investors to get Bitcoins the very next day, this investment would be backed by the exchange - making it a safe investment. This swap contract has been designed in such a manner that it brings trading under CFTC regulations - making it a legally regulated trade decision - basically a solution to the biggest problem that most crypto-exchanges are facing of late.

Of late, a number of Wall Street giants are opening up to the idea of cryptocurrencies. This has been something they had been ignoring for almost a decade, but following the recent success of Bitcoin - and a number of major investment firms joining the blockchain bandwagon - it appears that the Wall Street has begun to give cryptocurrencies a more serious approach than ever before.

Earlier, another Wall Street giant, Goldman Sachs announced that they intend to set up a Bitcoin trading desk soon. This was a major nod of approval from the world of finance. Competitors to ICE’s exchanges such as Cboe Global Markets and Chicago Mercantile Exchange have also been looking forward towards offering Bitcoin-related offerings - basically, financial products linked to the price of Bitcoins in the form of futures contracts. However, ICE’s offering is going to be different as it would offer actual Bitcoins to investors - a first for any major Wall Street company.

Bitcoin, which started off after the 2008 financial crisis was created to replace the existing banking systems and to provide a more robust solution. However, instead of replacing the existing systems - banks have begun to accept cryptocurrencies as a part of the economic system where they co-exist. Some banks have even started to plan cryptocurrency investment opportunities for investors.

Bitcoin was created as a means of payment to replace actual physical currency - but it has instead become an investment opportunity. Instead of becoming a cash-alternative, Bitcoin has quickly been becoming an alternative to Gold and Silver - as people now buy Bitcoin in the hopes that its price would go up and they would sell it off to make money.