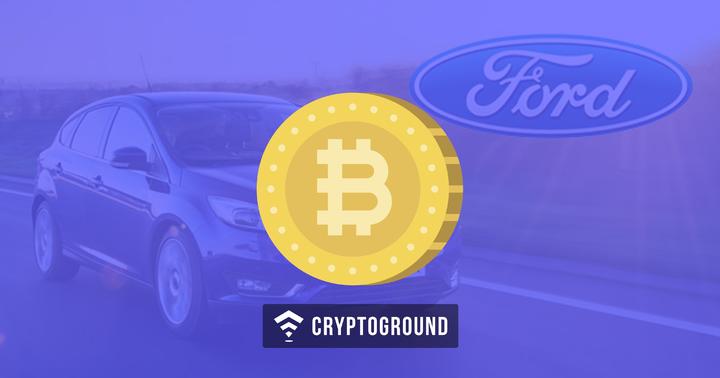 Cryptocurrencies and the Blockchain technology have been evolving with every passing day. They have become much more than just buzzwords and are already being hailed as the future of the fin-tech markets. Practically every industry has been affected by these gen-next technologies. The automobile industry too is one of these industries. A few weeks ago, we noticed Porsche was integrating the blockchain technology in their cars. Today, Ford has been awarded a patent which allows car-to-car crypto payments.

Ford has been known to be one of the most innovative names when it comes to the world of automobile technologies. The company had reportedly filed this patent back in 2016, but it has been approved recently. This technology is called the Cooperatively Managed Merge and Pass (CMMP).

CMMP is basically a token-based system which will allow vehicles to communicate with each other and understand the traffic situation across various places with the help of a GPS enabled technology. The CMMP system would also collect data on drivers. This technology, which the United States Patent and Trademark Organization has granted to Ford Global Technologies, allows the drivers to do a lot more using their car and their cryptos.

The basic concept of the CMMP tokens is to have transactions between two vehicles with ease. “The CMMP system operates with individual token-based transactions, where the merchant vehicles and the consumers’ vehicles agree to trade units of cryptocurrency,” according to the patent.

As of now the details on this technology are very limited. We don’t know if the payment would be supported by any mainstream tokens such as Bitcoins, Ripple, Ethereum, etc. Considering that Ford has pledged to invest $11 Billion in electric vehicles by 2022 and has been heavily investing in implementing Artificial Intelligence technologies to make cars smarter, it looks like this technology may soon be a reality.

Interestingly, Ford was hiring for a blockchain engineer last year. It has now become the latest name in the long list of major firms to invest in the blockchain technology and cryptocurrencies! The automobile sector has taken a giant leap over the years. With the driverless cars and the AI revolution picking steam, Ford is leading the way for cryptos to be merged with cars!