Natalie Pankova, the CSO at Shivom talks about their Genomics Blockchain Technologies 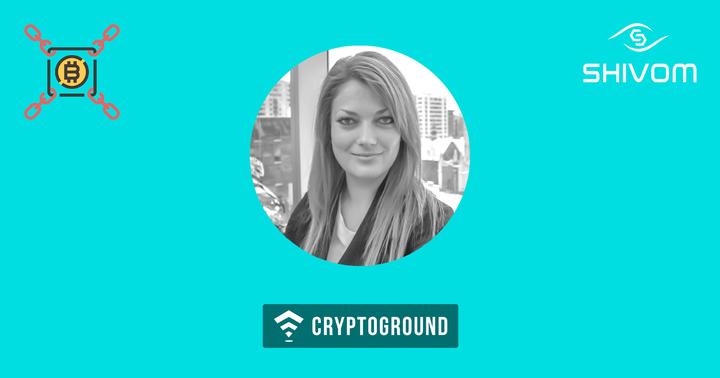 Shivom is a precision medical and genomic company that will allow people to upload their genomic sequence, get health information from their DNA and receive rewards if they choose to share this information. Blockchain technology is used for the clients to remain anonymous (unless they decide to share their data) and ERC-20 based tokens act as a currency within the system.

Natalie Pankova is the Chief Scientific Officer at Shivom and joined the company a few months ago. She has healthcare and medical research background and, formerly worked in the pharmaceutical industry. She stated the main focus of the company is to make it easier for companies to get access to genomic information, as well as give the control over that data back to the individual.

"Those sequencing companies make a lot of money, often millions of dollars and the users don’t really get anything in return."

The company’s ICO pre-sale closed on April 9th and the public sale begins on April 16th.

The Possibilities of Blockchain Technology

The idea behind the project started when the co-founders came together over a shared goal aiming to fix problems within the healthcare space, such as access to genomic information that helps in drug development. One of the Co-Founders, Dr. Axel Schumacher, actually wrote a novel that acts as a guide to how blockchain technology can be used in healthcare.

As already discussed, the platform is designed for the user to upload their DNA sequence files, whether they’ve been sequenced by another company or by Shivom. By uploading their information, they’ll get access to analytics and an app marketplace, The app marketplace will contain information from different providers in the tech healthcare space, such as genomic counselors, analytics services and AI algorithms. Pankova explained,

"It will allow people to learn things about themselves, like if they’re allergic to something, how they’ll respond to certain drugs. Whether they have a predisposition for a certain disease. Even things like their taste perceptions, sense perception, ancestry, things like that."

Many people are worried about the privacy of their data, but the use of blockchain technology protects the identity of these individuals, including the use of a company-created encryption algorithm.

The entire system runs on an ERC-20 token system called Omix Token. It fuels the ecosystem and allows people to purchase the apps and services. It also allows pharma companies to pay people for access to their DNA sequences. Pankova said it’s expensive for pharma companies to develop drugs, but getting access to more people’s DNA information could lead to amazing discoveries.

"It can enable pharma to cover so many new insights and help them develop so many new therapeutics for like 7,000 rare diseases that are still untreated or some of the widespread diseases like diabetes and heart disease, big killers around the world."

Shivom is already partnering with companies that are developing technology such as a breast cancer sequencing panel that looks at few mutations to predict a person’s chance of getting cancer. They are also working with the Indian government in Andhra Pradesh that will give the company access to the sequencing of millions of people.

Shivom has finished up its presale and is moving on to its public sale this month. Its fundraising goal is 75,000 ETH (or $30.7-million US). The tokens, as mentioned, can be used as utility tokens that people can use to access services on the platform, such as DNA analytics.

There are a few genomics blockchain technologies currently on the market, such as LunaDNA and Nebula, but the company believes that each company is offering something different and, as the genomics industry is worth 10s of millions of dollars, there is plenty of room for a multitude of projects.

Shivom went the route of an ICO because it was vital for them to reach out to people in the crypto and medical communities. An ICO spreads the word about the company, as well as provides Shivom with user feedback as it develops its program. The company also needs the finances to fund its project because industry such as genomic sequencing costs a lot of money.

"We got a lot of people on board, a lot of partnerships, so as soon as the ICO closes, we can hit the ground running on that," added Pankova.

Once the ICO gets over, Shivom will launch its pilot project at the beginning of the summer. At that time people will be able to upload their data, hash their identity and the integrated wallet will also be functional. It will give people, as well as pharma companies, a sense of what the panels will look like. Over the next few years, the company will start to integrate the apps and analytic portions of the project, and they will create their own DNA sequencing kit as well.

The company has been overwhelmed by the response it has received from the crypto and medical community and hopes to carry this momentum forward into the future.