What is Litecoin (LTC)? - Everything You Need To Know About Litecoin Cryptocurrency 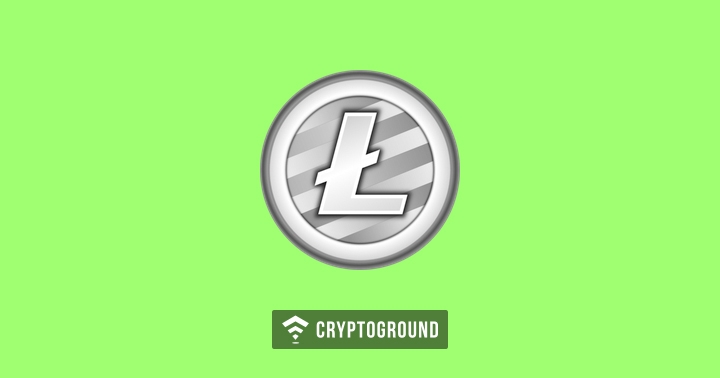 At its core, Litecoin is based on the same code as that of Bitcoin, and both these cryptocurrencies focus on making use of cryptocurrencies for everyday payments. The only difference between the two, is that Litecoin offers much faster transaction speeds at more cheaper and close to zero fees.

Due to their uncanny similarities, Litecoin is often considered as the silver to Bitcoin’s gold. During the recent crypto bull run, all the crypto networks had been clogged with many transactions and users had to pay a higher fee to get their transaction verified quickly. This was not the case with Litecoin. In fact, as the transaction fee of most cryptocurrencies increased, the exact opposite happened with Litecoin. The transaction fee that one had to pay had decreased by several times. Thus, we could see more people using Litecoin as their daily carrier for crypto payments. Many people even saw Bitcoin as a store of value and used Litecoin as a payment mode.

Litecoin did have its own share of ups and downs during its lifetime. With not many people contributing towards the project, it still managed to remain in the top 10 cryptocurrencies in the world.

The Team Behind Litecoin

Litecoin was created to complement Bitcoin in the year 2011. It was created by an ex-Google employee, Charlie Lee. Back then, Charlie was the only one who was working on the project.

Another notable team member who worked on the Litecoin project was Warren Togami. Together Warren and Togami were able to bring out the first version of Litecoin. Charlie was initially working at Google, and later went on to work at Coinbase. Warren, on the other hand, started working with Blockstream. With no permanent contributor to add more features to the Litecoin network, it looked like a dead end for the project as the price of Litecoin failed to cross $30 during the period between 2011 and 2016.

Charlie went on to quit his job at Coinbase and started working on the Litecoin project. It was during this period, that the interest in Litecoin peaked the most. Charlie Lee is very active on Twitter and him coming back to the Litecoin project, drove a lot of his followers to start using Litecoin as well.

A new permanent developer, who goes by the name ‘Shaolin Fry’ also joined the team in the year 2016. Over the past couple of years, Litecoin has seen a lot of improvements to its code base and has even defeated Bitcoin in terms of the volume of transactions being made. Currently, Litecoin has over 450 contributors, who are constantly working on adding new features to make the platform more user-friendly and easier to use.

Getting Started with Litecoin

Litecoin offers the perfect solution to the problems faced by Bitcoin. In order to speed up the transaction confirmation speed, the average block time has been reduced to 2.5 minutes on the Litecoin network. This increases the transaction speed by four times, as compared to the Bitcoin network.

There are currently 59 million Litecoin in circulation, and the maximum supply is capped at 84 million Litecoin. It offers the most convenient solution for using cryptocurrency in making quick payments.

How Does Litecoin Work?

Litecoin was designed with the same goal as that of Bitcoin. Offering a fast and cheap mode of payment through the use of cryptocurrencies, have been the motivation behind many such projects. However, Litecoin has been the most successful of the lot as it has managed to stick to its core ideologies.

Just like Bitcoin, Litecoin is mined using a mining algorithm called scrypt. The main problem with Bitcoin’s SHA256 algorithm was that people could use the power of parallel processors which led to everyone mining using ASIC miners.

This, in turn, resulted in the partial centralization of the Bitcoin network. The scrypt algorithm used by Litecoin uses more serialized mechanism. This means that Litecoin requires more RAM than raw processing power. Thus, ASIC miners are not very effective at mining Litecoin.

The transactions on the Litecoin network are done the same way as they are done on the Bitcoin network. A wallet consists of both the public and a private address. In order to receive funds, users need to enter the receiver wallet’s public address. In order to use the funds present in the wallet, users need to sign the transaction using their private address.

Litecoin was created with the intention of creating a better version of Bitcoin for the world to use. By far, this goal has been achieved by this altcoin.

The Strengths of Litecoin

Bitcoin is the most dominant cryptocurrency in existence. However, it too struggled in many aspects. Litecoin was designed as an upgrade to Bitcoin and it has managed to convert Bitcoin weaknesses into its strengths.

The ten minute block time on the Bitcoin network has led to the scalability issue that we are currently witnessing. In order to compete against the centralized payment methods, the decentralized network should offer similar transaction speeds. However, with a ten-minute block time, Bitcoin cannot offer speeds anywhere close to that offered by VISA. Litecoin, on the other hand, has a block time of just 2.5 minutes and is four times as fast as the Bitcoin network. With Segwit activated, it offers speeds that solves all the scalability issues that have plagued cryptocurrencies.

Litecoin uses the Scrypt mining algorithm which makes use of a more serialized computation process. This is memory intensive and requires more RAM. Thus, making the powerful ASICS less efficient while mining Litecoin. This also puts an end to the concentration of mining power amongst only a few mining pools. Thus, Litecoin offers a more decentralized payment solution than Bitcoin.

How to Buy and Store Litecoin?

Just like Bitcoin, Litecoin is one of the highly traded cryptocurrencies out there. With a market cap of over $1.4 Billion, Litecoin is available for buying and trading on all the major exchange platforms such as Binance, Krake, Bitfinex, Poloniex, etc.

On these platforms, Litecoin is paired with other cryptocurrencies such as BTC, ETH, USDT, XRP, etc. You can also buy Litecoin using fiat currency on exchanges such as Coinbase and Bittrex.

Once you get your hands on some Litecoin, it is always advised to transfer the coins into your local Litecoin wallet and store it safely. As Litecoin was the very first altcoin, extensive wallet support for Litecoin is available.

Amongst all the options available, it is always recommended to store Litecoin on a hardware wallet, such as the Ledger Nano S or Trezor. If you are not able to afford a hardware wallet, then pick a paper wallet to store your coins. As a last resort, store a very small value of tokens on the exchange if you trade very often.

The Litecoin project has rectified all the mistakes made by the Bitcoin network. Satoshi Nakamoto, the anonymous creator of Bitcoin holds over a million Bitcoin in his wallet. This makes him the biggest influencer of the Bitcoin blockchain. If the coins in this wallet are sold, then the whole network is going to crash. This threat is feared by many people who are invested in Bitcoin.

The creator of Litecoin, Charlie Lee, sold all his Litecoins. This was done to prove that his intentions are not for his own benefit, but for the development of the Litecoin blockchain. Thus, Litecoin brings along with it, the trust of the people.

The project is under continuous development. Litecoin has already successfully tested out atomic swap in the year 2017. We will see this being implemented very soon. Once this feature is implemented, it would make all the exchange platforms useless, because the on-chain exchange would not cost the user any fee, whereas exchanging on an exchange platform would cost a certain fee.

After the atomic swap feature is implemented, Litecoin is surely going to gain a lot more users on its platform. Additionally, many other features such as the lightning network are also being tested on the Litecoin blockchain. Thus, Litecoin is destined to have a very bright future.

How is Litecoin better than other cryptocurrencies?

Litecoin solves the biggest problem that has plagued the cryptocurrency world, the scalability issue. Without having to increase the block size, Litecoin has implemented the best possible solution to make all transactions faster and cheaper.

On top of all this, the Litecoin development team is very active when it comes to adding new features, addressing any bugs, as well as interacting with the community of users. By being able to interact with the actual creator himself, gives Litecoin a major lead over any other cryptocurrency out there.

Should I invest in Litecoin?

After its creation, the Litecoin project was kind of abandoned. With no permanent developer to add new features, the cryptocurrency fell down the ranks. However, once Charlie Lee returned as a full-time contributor, the Litecoin project has seen some major developments. More developers are contributing to this project. Even when the crypto market is on a down run, Litecoin is experiencing a very low decrease in its value.

Once the new features such as atomic swaps are added to the project, we will definitely see an increase in the number of users from around the world. Moreover, Litecoin currently offers the best solution to make payments on a regular basis. So, investing right now in this project would be a very good idea.

Even though Litecoin has managed to solve some of the problems faced on the Bitcoin network, it will take a longer time for it to gain the trust of people. Bitcoin will always be known for being a store of value, and Litecoin will continue to be used for transferring funds.

We currently use exchanges for trading and buying a new crypto asset. Once the atomic swap is implemented, users will be able to exchange Litecoin with another cryptocurrency for free. However, trading would still need to be carried out on the exchanges. Thus, exchanges will not shut down after the release of the atomic swap.

With a block time of around 2.5 minutes, a transaction would take hardly a couple of minutes to appear on the blockchain. The amount is reflected in your exchange wallets, only after a certain number of confirmations is reached. This varies from exchange to exchange.

Litecoin transactions are extremely cheap. You can get your transaction confirmed for under 2 cents as well.

You can easily generate your own Litecoin paper wallet by using the website liteaddress.org.

Litecoin is one of the most user-friendly cryptocurrencies that you can get your hands on. Since it addresses most of the scalability and centralization issues faced by Bitcoin, Litecoin is a highly loved cryptocurrency. It is also very easily accessible. All these features have secured it a spot amongst the top ten cryptocurrencies in the world.