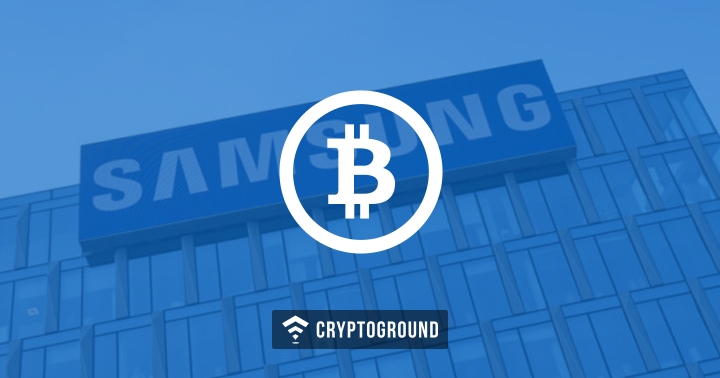 Samsung is among the biggest names when it comes to the world of smartphone technology. The brand owns the largest market share and sells hundreds of millions of phones, quarter after quarter. The company is all set to launch their gen-next flagship smartphone, the Samsung Galaxy S10, which has been heavily rumoured to feature a built-in cryptocurrency wallet. These rumours have gained even more traction after a recent image was leaked on Twitter which showcased a ‘Samsung Blockchain KeyStore.’

In the leaked images (which can be seen below), Samsung welcomes its users to the Samsung Blockchain KeyStore, along with the text, “Samsung Blockchain KeyStore is a secure and convenient place for your cryptocurrency.” A second image showcases the ability to set up a cryptocurrency wallet on the phone, which at the moment, supports only Ethereum (ETH). However, more currencies might be added on to the wallet in the future.

The wallet allows users to either import an existing wallet, or to create a new wallet. A third evidence of the Samsung Blockchain KeyStore was also shown in a leaked screenshot which was from the settings menu of the device, under the ‘Biometrics and security’ section, which provides the users an option to ensure that only someone with appropriate biometric credentials can access the wallet.

Samsung is expected to unveil this 10th-anniversary Samsung Galaxy S-series smartphone, the Galaxy S10 during their Galaxy Unpacked event scheduled for the 20th of February. The phones are expected to be made available for pre-order almost immediately following their launch and are expected to hit the markets in March.

This speculation has been around for quite some time but now there is a leaked visual that backs this rumour up. In the past, when Samsung was approached with this question on whether they would be including a cryptocurrency wallet on the Samsung Galaxy S10, the company had simply responded by giving a rather ambiguous answer, saying:

“Unfortunately we are unable to provide any information as the below is rumour and speculation.”

Samsung has, in the past, dabbled with crypto-technology as the company was gearing up to start off with producing chips which would be used for mining cryptocurrencies. It was later reported that Samsung would be teaming up with Halong Miner and would be providing chips that would power the company’s cryptocurrency mining devices. However, there hasn’t been any major update on that front since then.

These phones are expected to offer an internal storage of up to 1TB, a battery life of up to 5,000mAh and at least one of these models (most likely the S10+) is expected to feature dual-front cameras.