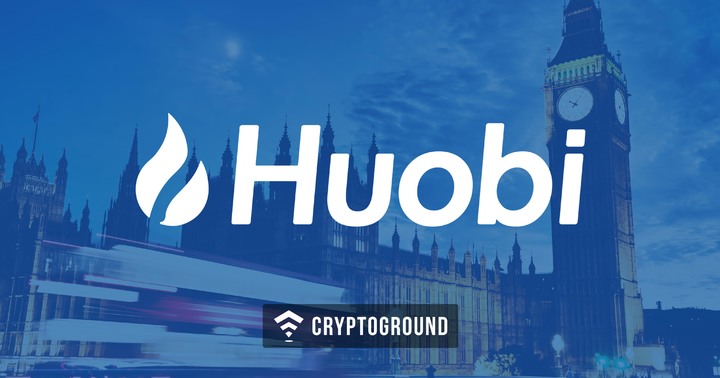 Huobi, the third largest cryptocurrency exchange by trading volume - is a giant when it comes to the Asian markets. The company is now looking forward at international expansions, primarily the EU markets. Huobi is now in the process of setting up an office in London. Currently based in Singapore, Huobi is one of the most reputed names when it comes to cryptocurrency exchanges in Asia.

The cryptocurrency exchange has been preparing for expansion for quite some time now. Earlier this year, Huobi set up an office in South Korea in late March - where the company has also set up an investor protection program. The company has also been gearing up to set an office in San Francisco. Their expansion into the European markets will begin with London - a more respectable city when compared to other European locations where exchanges are moving to, such as Malta, Gibraltar and Switzerland.

While these locations are technically in Europe, they are not known for having strict standards - and depend on the crypto business as an income to the state. However, London has some of the best and internationally acclaimed regulations Peng Hu, Vice President of the Huobi Group made the company’s vision very clear when he stated that:

“Not Malta, not Switzerland. Absolutely London, more precisely Britain, is the entry point for the European market for us. It shows Huobi’s commitment and determination to go mainstream. We are not afraid of regulation nor are we escaping regulation.”

Over the past couple of months, we saw Binance announcing that they are are moving to Malta and Bitfinex possibly moving base to Switzerland. This is what sets Huobi’s move apart from the other companies - willingly setting up operations in a more regulated place.

Huobi has been one of the biggest and most trusted names when it comes to cryptocurrency exchanges. The exchange was formerly based in Beijing but had to move their operations to Hong Kong following the Chinese government’s order to shut down all domestic cryptocurrency exchanges. However, this did not deter Huobi - as the exchange continued to perform - and better than ever before. As of press time, Huobi’s 24-hour trading volume stands at $1.34 Billion - ranking it just behind Binance and Upbit.

Chern Chung, Huobi’s senior business development manager for European operations has commented that the exchange intends to move to London because “our statistics show that London is the most active trading scene across all of Europe.” Once Huobi sets up an office in London, they could then be able to launch products which would provide offerings specific to the needs of the European markets.

Huobi had started operations in 2013 - and used to be China’s largest cryptocurrency exchange when exchanges were legal in the nation. Huobi’s international expansion is all set to help the company gain major international credibility, which is certain to be reflected in the trade volume of the platform over the years to follow.