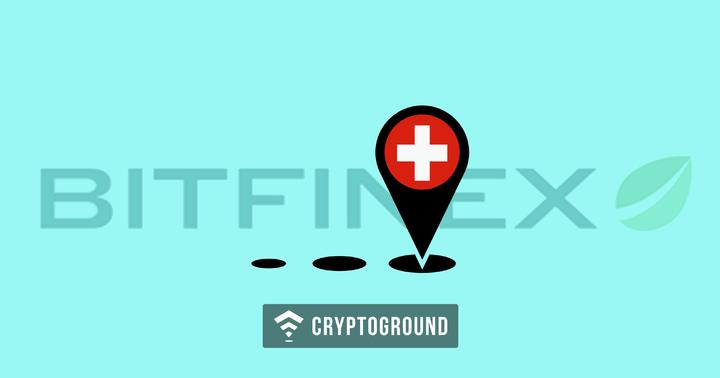 Recent reports point that the company may soon be moving base from the Virgin Islands to Zug in Switzerland. This was first reported by the Swiss business newspaper Handelszeitung, which quoted Bitfinex CEO Jean-Louis van der Velde, who said, "We are looking for a new domicile for Bitfinex and the parent company iFinex, where we want to merge the operations previously spread over several locations."

Reportedly, the higher-ups in Bitfinex have met with Switzerland's State Secretariat for International Financial Matters (SIF) and have also had meetings with the head of the Federal Department of Economic Affairs, Education and Research, Federal Councilor Johann Schneider-Ammann.

Ammann has been backing cryptocurrencies and crypto exchanges moving into the nation, aiming at making Switzerland a ‘crypto-nation’. For Bitfinex to move to Switzerland, the company would need to form a new Public Limited Company which would replace iFinex Inc, which is the current company incorporated in the British Virgin Islands. On another interesting note, while Bitfinex has their sights set on Switzerland, the Plan-B for the company is to move their base to London.

While it is one of the biggest names when it comes to the world of cryptocurrencies, Bitfinex has also been caught up in a number of controversies over the years. One of the biggest allegations against the firm is the fact that there has been a massive lack of transparency. It was over these allegations and controversies that Bitfinex had to shut down its operations in the US in late 2017.

Concerns over the exchange’s security measures have also been on the rise. The infamous Bitfinex hack of 2016 led to 120,000 Bitcoins being stolen from the platform! Moreover, Bitfinex has also been in controversy over its relationship with Tether. Tether is a company which is partially owned by the Bitfinex CEO which aims at offering a US-Dollar equivalent of cryptocurrencies. The company has been subpoenaed by the CFTC but they haven’t given up.

While the company is currently working in partnership with ING Bank in Holland, this relationship too may have to change if the exchange does get incorporated in Switzerland. Finally, to begin operations in Switzerland, Bitfinex needs an approval from Swiss Financial Market Authority (FINMA). Considering that a number of government officials are ready to support crypto-businesses in the nation, it looks like the path is clear for cryptocurrency giant Bitfinex to set up their base in Switzerland. Stay tuned with us for more updates on this story as it develops.