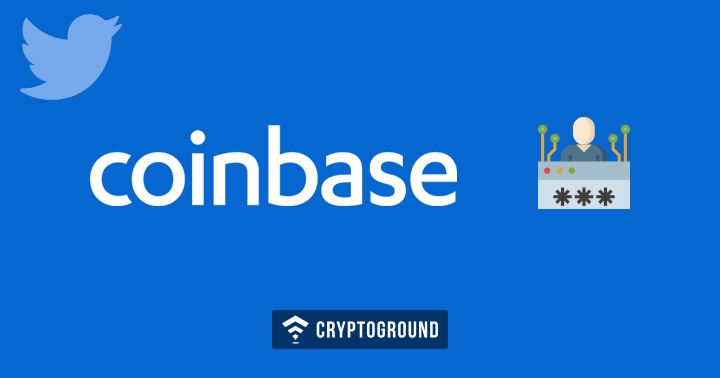 Cryptocurrency-based Twitter scams have become quite common these days. While the platform has tried to curb these scams and ban the fraudulent accounts, scammers and hackers are resorting to newer, innovative ways to circumvent these bans and restrictions. Of late, verified accounts are being hacked and renamed to lure users into parting with their cryptocurrencies. In a latest such attempt, the verified Twitter account of Belgian Non-Profit Federation of Enterprises in Belgium (FEB) was hacked.

The scammers took hold of the account and renamed it as ‘Coinbase’ and changed its description to ‘Official Coinbase Promotion Account’. It retweeted certain Tweets from the official Coinbase handle to make it look more genuine - and then started Tweeting that Coinbase is doing a giveaway in celebration of hitting the 30,000,000 users landmark where they would be giving away 3,000 BTC.

The link on the website redirected users to a fake landing page, which would ask the users to send a small amount of cryptocurrencies to a wallet address to enter into the giveaway. This is a common model of cryptocurrency scam which has been seen a number of times over the past couple of years.

In the past, scammers used to impersonate famous crypto-Twitter accounts and reply below the tweets of their official Twitter accounts trying such stunts have met with moderate success in the past - but Twitter soon took corrective action and started banning such accounts. Moreover, crypto-celebs started adding (not giving away free BTC) in front of their username - making it clear to the users that they are not giving away anything.

Hackers then began to resort to a clever trick - they began to hack the accounts of verified Twitter celebs and organizations: and renaming the name of the account to ‘Coinbase Promotions’ or ‘Elon Musk’ or any other celebrity or crypto-related name. With these verified accounts, hackers began to post links to landing pages which would require the users to send over a small amount of cryptocurrencies in return for a big reward.

Most of these pages would come with a backstory, for instance, in this case it was Coinbase celebrating 30,000,000 users (which was mistyped as 30,000.000 users) and as a celebration, the company is giving away 3 000 BTC (typed with space). While this was a very lousy attempt, there have been serious threats in the past. As of this writing, the account has deleted all Coinbase references, yet the retweets are still there. The hackers were not able to change the handle of the account, which still reads @VBOFEB, however the name had been changed to ‘Coinbase’.

In the past, hackers had also managed to hack Google’s G Suites Twitter account and promote a scam Bitcoin giveaway using the account, claiming that Google is giving away 10,000 BTC as the ‘biggest crypto giveaway ever’. In addition to that, the verified account of Pathe UK was hacked and renamed as ‘Elon Musk’ and a similar scam giveaway was promoted from that account as well, which made it look like Elon Musk was giving away Bitcoins. Readers are strongly advised to keep an eye out for such scams.