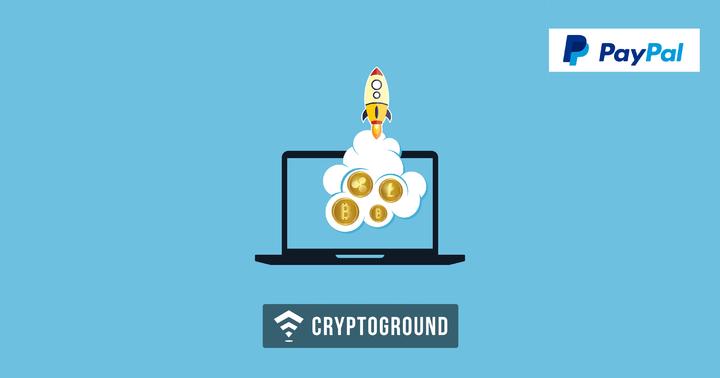 Coinbase is the biggest cryptocurrency exchange in North America - and considering that a large number of their users are from the US, the company has now introduced instant PayPal withdrawals for these customers. Coinbase made this decision late last week and had announced it via a blog post. This was a much-demanded feature from Coinbase users. The company announced:

Starting today, U.S. customers can instantly withdraw Coinbase balances to PayPal, providing even faster access to their funds through one of the world’s easiest and most widely-used payment platforms. These withdrawals are not only fast; they’re free and incur no fees. We work hard to make Coinbase the easiest and most trusted platform around — and now, moving your cryptocurrency to cash is easier and more affordable than ever.

PayPal withdrawals make it easier for the customers to directly make use of their funds via their PayPal account. In case of a traditional withdrawal, these funds would go to the bank account of a user, from where they would send the money to PayPal again. However, with this comes a direct way to send withdrawal money to PayPal.

Up until now, Coinbase users required ACH or federal wire accounts to withdraw their funds. However, they now have an alternative in the form of PayPal withdrawals. These withdrawals are fast and free - and have no extra charges or fees, as stated by the exchange in the blog post. The process is rather easy too: users need to link their PayPal account with their Coinbase account - and choose PayPal as the preferred mode of withdrawal while withdrawing the funds.

This demand has been across almost every major exchange - but PayPal withdrawals have been very rare in the past - even with some of the biggest cryptocurrency exchanges. In the past, if you had to make withdrawals via PayPal, you’d probably have to transfer your money to shady exchanges where you can trade it for another currency (almost always a non-crypto virtual currency), which would then be exchanged into dollars that go into your PayPal account. This process was too complicated, too long - and at times rather unsafe.

While this feature has only been introduced for the US-based users of the Coinbase cryptocurrency exchange, the blog post mentions that other nations will also be getting this service over the course of 2019. The company stated in their blog:

Not in the U.S.? Support for PayPal will be rolling out across more countries in 2019, so stay tuned.

This is indeed something to look forward to at a time when the markets are rather glum. This is also likely to prompt other cryptocurrency exchanges to also finally start off with PayPal integration on their platform - a feature which should long have been a part of the cryptocurrency ecosystem, but is finally here. Better late than never! For more updates and news stories from the world of cryptocurrencies and the blockchain technology, stay tuned with us at Cryptoground!