CNBC Host Claims Coinbase IPO Plans Are On The Cards 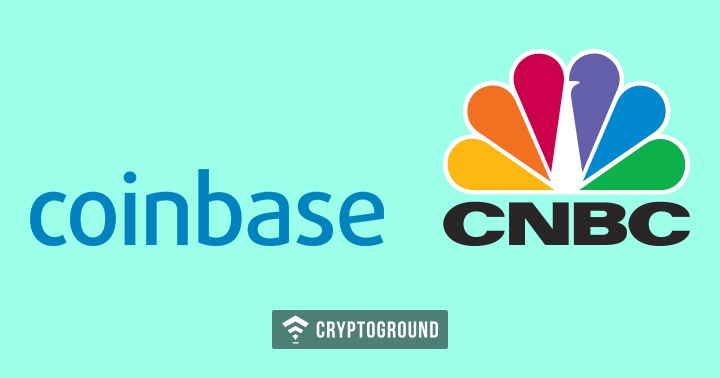 CNBC’s Ran Neuner is among the biggest and the most popular voices in the news space which are talking about cryptocurrencies. Neuner, who hosts the show ‘CryptoTrader’ on CNBC is one of the most credible names on the television to talk about cryptos. In his latest Tweet, Neuner has claimed that cryptocurrency exchange Coinbase is gearing up to launch an Initial Public Offering (IPO) soon. Neuner claims that he is going to expand on Coinbase’s plans for the IPO on his show soon.

Coinbase is among the biggest and the most popular names when it comes to the world of cryptocurrencies. It is the biggest cryptocurrency exchange in North America and offers its services across several nations in the world. Coinbase offers a platform to not only retail investors, but also to institutional investors as well as other professional services such as physical storage for cryptocurrencies among others.

Coinbase planning to launch an IPO could have a significant impact on the cryptocurrency markets as it is a giant in the decade-old world of cryptocurrencies. It would bring it a lot of mainstream attention as well as help the firm raise large amounts of funds for future projects. Rumours surrounding Coinbase launching an IPO first started off when the company appointed their first-ever Chief Financial Officer, Alesia Haas, as well as their Chief Technical Officer, Balaji Srinivasan, earlier this year.

As per the statistics revealed in Neuner’s tweets, Coinbase now has 25 Million registered members, with 600,000 people trading every day on their platform. Further, 80% of Coinbase’s revenue comes from their consumer services while 15% of it comes via the institutional investors using Coinbase Pro. 5% comes from their additional services.

Coinbase is yet to comment on this, but if you look at some of their past statements, Coinbase President Asiff Hirji had hinted that he might take the company public based on interest of the investors and that there’s a lot that needs to be done before that. However, this statement came in late 2017 and almost a year since then, it appears that the company is now ready. He had said:

“It is certainly in the interest of our investors…and the most obvious path of Coinbase is to go public at some point, but there’s a lot for us to do between now and then, whenever that date is.”

As of this writing, it is uncertain as to when does Coinbase plan to launch their IPO and if they are looking forward to any more investments before the IPO processes start. However, if these reports are true, Coinbase will not even be the first cryptocurrency firm to start off with an IPO process as Bitmain, the cryptocurrency mining hardware manufacturer is another giant preparing towards an IPO launch.