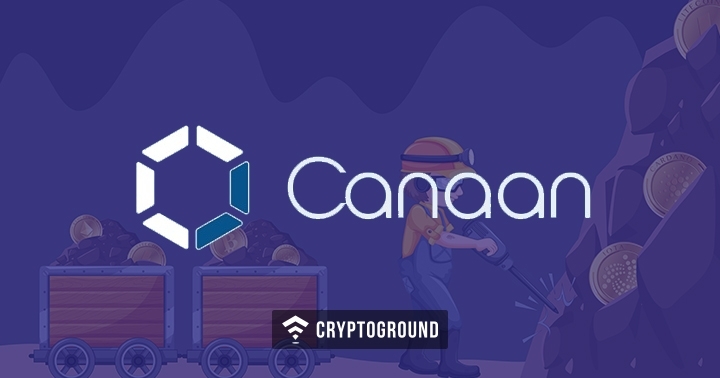 Canaan Creative is one of the few names which attempt to give Bitmain a competition in the cryptocurrency mining markets. The second-largest name in the world when it comes to manufacturing cryptocurrency mining equipment, Canaan Creative has tried - and failed - to get their Initial Public Offering (IPO) listed on the Hong Kong Stock Exchange (HKEX) multiple times. Reports from Bloomberg now indicate that the company is now aiming to get listed on the New York Stock Exchange (NYSE).

Reports indicate that while the plans are still at an early phase, Canaan Creative plans to get things rolling soon - and their aim is to get listed on the New York Stock Exchange in the first half of 2019. The company has shelved all plans for the Hong Kong Stock Exchange and are now eyeing the US markets.

In the meanwhile, the two other major names in the cryptocurrency mining equipment manufacturing business, namely Bitmain Technologies Holding co. and Ebang International Holding co. also applied for an IPO in the Hong Kong Stock Exchange last year. While nothing has officially been stated, it appears that industry giant Bitmain would be denied an IPO listing on the exchange, as there is a belief that the market are premature for crypto-related businesses to enter mainstream trading. There is no update on the status of the Ebang IPO, but given that Bitmain is facing a hard time, it is highly unlikely that Ebang’s IPO will see the light of the day.

Canaan Creative, which is based out of Beijing, sells ‘Avalon’ branded products in China as well as in the international markets. The company has been around since 2013 and is the second largest name after Bitmain. In 2017, Canaan Creative made a profit of $1.31 Billion Yuan ($191 Million). When the company filed for a listing in the Hong Kong Stock Exchange, Canaan Creative was jointly sponsored by Morgan Stanley, Deutsche Bank AG, Credit Suisse Group AG and CMB International Capital Ltd.

While the Hong Kong Stock Exchange has proven to be rather hostile, it will be interesting to see how the New York Stock Exchange treats the firm. It is worth noting that the parent firm of the NYSE, InterContinental Exchange (ICE), has been working in the world of cryptocurrencies. ICE launched the Bakkt platform late last year - which is all set to introduce physically delivered Bitcoin Futures contracts in the US markets soon. It will be interesting to see if the philosophy of the parent company will be reflected in the decision made by NYSE.