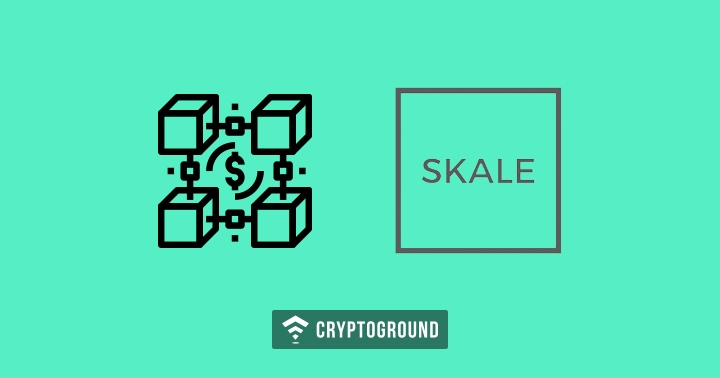 The blockchain startup SKALE Labs has announced that it has raised a total of $9.65 million in funding, comprised of $8.86 million Simple Agreement For Future Tokens (SAFT) and a $785,000 seed SAFT raised earlier this year.  The most recent round was led by Multicoin Capital. Other investors include Aspect Ventures, Blockchange Ventures, Boost.VC, Canaan Venture Partners, Galaxy Digital, FLOODGATE Fund, Hack.VC, Neo Global Capital, Signia Venture Partners, among others.

SKALE Labs will use the funds to launch the SKALE Network, a fully permissionless, opensource, peer-2-peer (P2P) network, and the SKALE Foundation, a nonprofit organization dedicated to the SKALE Network similar to how the Ethereum Foundation supports the Ethereum Network. SKALE will be the first implementation of the Ethereum Virtual Machine (EVM) on a Plasma chain. Following launch, the SKALE Network plans to release a fully-functional, Ethereum-integrated TestNet in Q4 of 2018, followed by a MainNet in subsequent months. The full technical white paper and product roadmap are expected to be released in 2019.

SKALE Labs has created a new infrastructure that accelerates decentralized applications (dApps) built on smart contract platforms by enabling smart contracts to execute in a Layer 2 environment. Leveraging SKALE Network, the company says, developers can instantly scale dApps to millions of transactions per second at a fraction of the cost of what's possible today. The combination of SKALE and Ethereum gives dApp developers security, decentralization, and scale never before realized on decentralized networks, it adds.

"Helping Ethereum dApp developers scale applications is the center of what we do. We are sharply focused on making Layer 2 easy, fast, secure and cost-effective for anyone who wants to run smart contracts on Ethereum. It takes a deep understanding of math and cryptography to build a secure scaling platform. We are fortunate to have such a talented team of engineers with cryptography, physics, and informatics backgrounds. We are looking forward to bringing this Network to market in a fully open-source, P2P manner."

"SKALE Labs is one of the strongest and most well-rounded teams we've seen in the space thus far. We're excited to see the testnet launch later this year. SKALE is Ethereum's best shot at fending off competition from other smart contract platforms. This is the first implementation of Ethereum Virtual Machine that will run on a Plasma chain. SKALE is uniquely positioned to dominate Layer 2 on Ethereum on other smart contract platforms facing similar scaling issues. We fully expect it to be a vital component of the Web3 stack."

Traditional venture capital (VC) investment in the blockchain and crypto companies has grown by almost 280 percent to nearly US$ 3.9 billion, in the three quarters of 2018, as compared to last year. This is according to a report from Diar, which cites data from Pitchbook. Earlier this week, Korea Investment Partners (KIP), one of South Korea’s largest venture capital (VC) firms, invested in its first blockchain startup TEMCO. TEMCO aims to disrupt the supply chain management system through blockchain technology. Last week, Joseph Lubin, Co-Founder of Ethereum and Founder and CEO of ConsenSys, also invested US$6.5-million as part of the Series A funding raised by a blockchain-based financial technology (fintech) startup DrumG Technologies, founded by several senior-level executives from R3, an enterprise blockchain software company, and Ethereum's competitor.