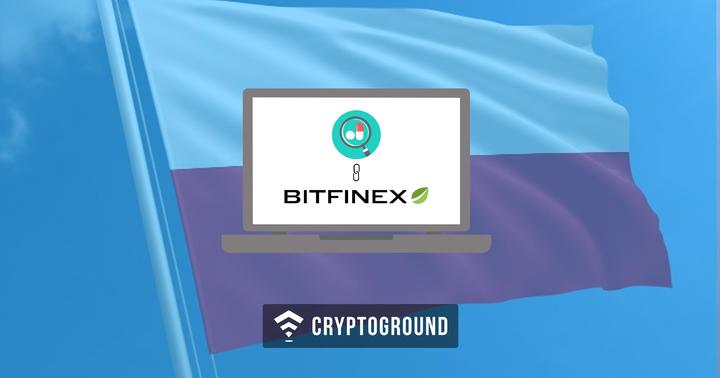 Popular cryptocurrency exchange BitFinex has a good reputation when it comes to the crypto-trade. However, recent investigations by Polish authorities may land BitFinex in troubled waters as the exchange is now being associated with the Colombian drug trade operations.

About $371 Million (1.2 Billion Polish zlotys) was seized from accounts which are allegedly affiliated with Bitfinex. The accounts are registered at the Cooperative Bank in Skierniewice, Poland. This is a major, international investigation involving people and organizations based in multiple nations across the world. This report comes via local media outlet TVP.

The funds that have been confiscated by the Polish authorities from this seizure are said to be stemming from fraud which ensnared the Belgian Ministry of Foreign Affairs when they were setting up an embassy in the Democratic Republic of Congo. Out of the aforementioned two accounts, the account owned by the person of a Canadian-Panamanian descent is linked to this fraud.

This company reportedly impersonated the contractor and intercepted the bills, worth 400,000 Euros. The Interpol had since been investigating the case and had identified the company. This Interpol investigation also revealed the involvement of another company (the one owned by the person of the Colombian-Panamanian descent), which had an association with ‘a large online cryptocurrency exchange’. Reports from Polish media outlets now indicate that this firm was Bitfinex.

These two companies are not actual businesses, as revealed by Polish investigators. These companies only exist to launder money for funding international crime - more specifically, the Colombian drug trade. Reports from Polish media state:

“The scale of financial operations indicates that these bills were to hide money from smuggling cocaine to Europe. The companies were also used for large-scale scams. Criminals have hidden their operations, also exchanging money for cryptocurrencies, obliterating traces.”

Interestingly, in late 2017, documents were posted online which revealed that BitFinex was directing their customers to an account at the Cooperative Bank in Skierniewice, per Bloomberg’s report.

Moreover, a user from Bitcoin.pl, Poland’s Bitcoin forum stated that he was investigated by the local police last week. “I testified as a witness regarding the case of Crypto sp z o.o because they sent me money from Bitfinex and their accounts were blocked.”

The Panama registered company Crypto sp z o.o is the parent company of Crypto Capital Corp - which is registered in Panama. There has been a long-lasting suspicion that this company is associated with narco-trafficking networks where criminals convert their fiat into cryptocurrencies and become virtually untraceable by law enforcement agencies.

This isn’t the only controversy in which BitFinex is involved in. BitFinex, as well as its sister concern Tether had received subpoenas from the US Govt over reasons not disclosed. There has also been a lot of obscurity surrounding BitFinex’s bank accounts, concerns about which have often been raised on various forums. On another interesting note, Bitfinex was considering relocating its base to Switzerland.