Bitcoin is Not a Security but Most ICOs Are: SEC Chairman Jay Clayton Comments 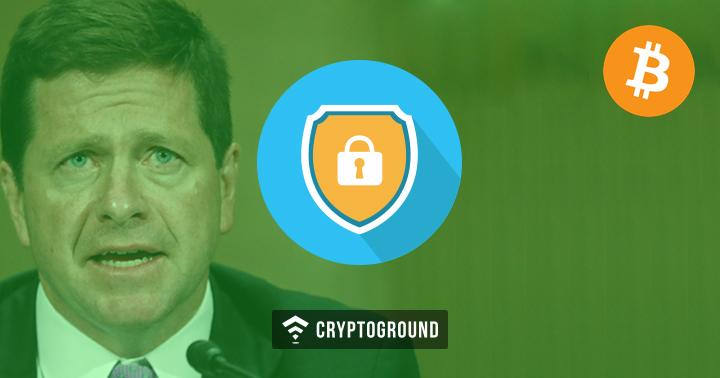 The US Securities and Exchange Commission (SEC) has been a body which has suddenly found itself in the centre-stage of the cryptocurrency debate. The SEC is one of the most important organizations in the crypto debate because it has the authority to decide whether or not a digital asset is a security - thereby deciding how it would be dealt with and registered. In his latest statement, Jay Clayton - the SEC Chairman has said that Bitcoin is not a security.

Clayton’s statement comes as he says that Bitcoin cannot be classified as a security because it fundamentally behaves as a replacement for traditional, fiat currencies. It is being used by many in place of currencies and not as a security. Clayton believes that cryptocurrencies are not securities because they act as “replacements for sovereign currencies,” he said in an interview to CNBC.

For those who may not understand what a ‘security’ is, it is basically when you invest in someone’s project and they give you a token in return which carries some sort of a value - that is a security token. This does not apply to most cryptocurrencies past their ICO phase and applies to most ICOs which provide their tokens in return for investors money. Clayton commented further on this, saying:

Once a token is classified as a security, it has to be registered with the SEC before it can be traded. However, a number of ICOs tend to bypass that - especially when the intent is to scam people or set up a Ponzi scheme. These ICOs usually claim to be SEC compliant - but in reality, are not.

The SEC has been working towards slapping such unregulated securities with cease and desist notices. Moreover, it has also been working towards several investor awareness programs which ensures that investors make smarter investments and do not fall victims to these ICO scams. Last month, the SEC came out with an innovative method to alert investors - by setting up a fake ICO website called HoweyCoin which showed investors how Ponzi crypto-investment websites look like.