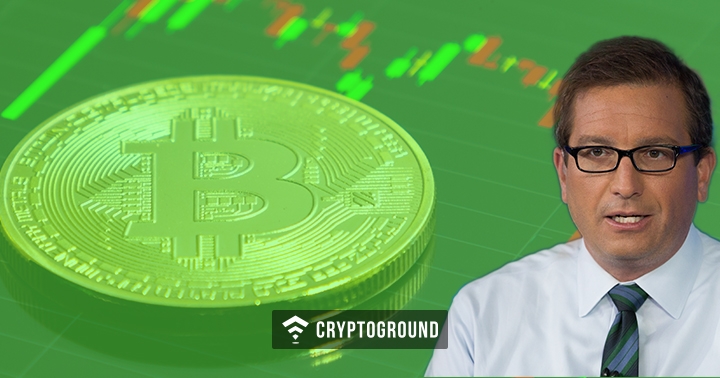 Bitcoin (BTC) has been trading on a downward trajectory since last a few months. It even plunged below a psychological mark of $6,000 for the first time in the year 2018 on June 22. Whereas the price was around $20,000 in December 2017. Despite this swift drop, analysts have remained bullish.

Brian Kelly, the founder and CEO of BKCM, an investment firm focused on digital currencies, says while the drop is painful, it is not unusual and that it is not a funeral for Bitcoin whatsoever. Kelly talked about three factors in CNBC’s Fast Money show that back up his optimistic view.

First, he stated that the market sentiment was "approaching lows", which implies that a trend reversal is more than likely to follow. Kelly shed some light on the fact that Bitcoin is still trading at the same level as back in November 2017, whereas a year ago its value was 60 percent lower - around $2,500.

Next, he said that Japan’s watchdog Financial Services Agency (FSA) has sent out orders to six domestic exchanges for business improvements to prevent future money laundering, which in the short run may be a little tough, but it will help make exchanges more robust in the long run and help markets to recover eventually.

Third, the latest announcement made by now-defunct bitcoin exchange Mt Gox that it will start reimbursing their customers is also positive in Kelly’s view. He believes that the exchange might start paying back in the first quarter of 2019 itself. Mt. Gox lost $473 million to a hack in late 2013 which inevitably resulted in a bankruptcy. It was the largest hack in the history of cryptocurrency, until this year when Coincheck was hacked for $534 million.

Kelly advises traders to go long-term on cryptocurrencies and focus less on investing in initial coin offerings or ICOs. While the crypto community thinks there is going to be a wave of selling given the continuous fall in prices, Kelly thinks it is not happening now.

Charles Hoskinson, one of the founding members of Ethereum and the founder of Cardano (ADA), also remains bullish on cryptos. He recently said that it is just a matter of time before the big boys of Wall Street unleash their trillions of dollars of sitting capital into the cryptocurrencies, once there are well-defined regulations in place.

While the markets remain volatile and unpredictable, such bullish statements from well-known crypto experts help give traders and investors some sigh of relief.