Bitcoin ETF - Will it create a Financial Revolution taking Cryptocurrency to the next level? 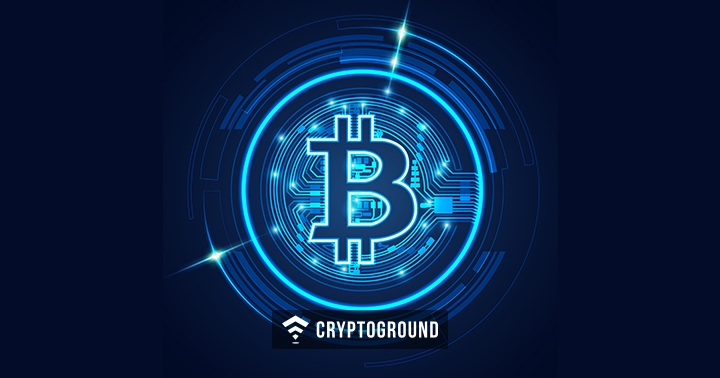 Bitcoin, a decentralized digital currency, has been in news ever since it was conceived. Its impressive investment potential and the convenience it offers have made its popularity grow.

Factors like surging prices and volatility, however, seem to keep Bitcoin out of reach of retail investors. Bitcoin not being a registered security at traditional stock exchanges prevents institutional investors from investing in Bitcoin.

Bitcoin ETF (Exchange Traded Fund) may address both these concerns and lend it stronger legitimacy. But an ETF also comes with its own challenges.

Last week, the US Securities and Exchange Commission (SEC) rejected the Bitcoin ETF application for the second time, submitted by the famous Winklevoss twins. VanEck Associates also has shown interest in launching a bitcoin ETF, but SEC has been hesitant on the issue.

There, however, remains a lot of optimism among the crypto community that soon one Bitcoin ETF will finally be approved. Here we cover everything you wanted to know about Bitcoin ETFs.

What is ETF? How Bitcoin ETF Works?

An ETF is an indirect investment in an asset class. It allows investors to invest in an asset without actually owning the asset directly. It is even more effective when the smallest unit of the asset is quite expensive.

Gold ETFs are already well-known. You invest in gold ETF and the ETF holds the gold for you. It frees you from all the hassles of physically storing gold and gives you the freedom to invest small amounts in gold.

There are a few limitations of investing in Bitcoin directly. To begin with, you may need a higher amount to justify the associated costs. Next, you’ll have to arrange for securing and storing it. You’ll have to maintain a separate Bitcoin account where you purchase or sell Bitcoin. With just 0.25 Bitcoin, all this may not necessarily justify the logistics.

With an ETF it’s different.

You own Bitcoin digitally without having to worry about any of the logistics. You invest in an ETF and the ETF takes care of everything. Your regular stock trading account is all that you need. That’s the power of ETF.

What does the SEC think?

On some occasions, the SEC has remained silent and left people guessing about what it thinks of Bitcoin ETFs, and also about Bitcoin in specific. On other occasions, officials like Jay Clayton, SEC Chairman has categorically said cryptocurrencies “… are not security”. He also added that the SEC will not change the definition of security to suit cryptocurrencies.

In effect, the SEC seems to be taking its time trying to figure out how Bitcoin is suitable as the underlying asset of an ETF.

That’s because Bitcoin has no physical existence. Further, while Bitcoin is secure in its own way (since it’s a cryptocurrency) it is not under a specific regulatory regulation. That raises the next question for the SEC: is Bitcoin open for manipulation?

Let’s examine some of the benefits of Bitcoin ETF and also the risks associated with Bitcoin ETF.

5 Reasons why Bitcoin ETF is Good News for Investors

Though almost everyone using the internet is familiar with Bitcoins, only a very small fraction of them actually invests in Bitcoins.

That’s because Bitcoin lacks widespread authenticity, something that an ETF can bring in.

Additionally, an ETF paves way for government oversight and potential intervention if any norms are violated. Investors can be assured they will be greatly protected from thefts or frauds. That’s great news for a new-age investment instrument.

Once developed economies like the US green flag Bitcoin ETF, other countries are more likely to join. That alone could change the entire paradigm of investing in Bitcoin.

When you invest directly in Bitcoin, there are quite a few technicalities you need to handle yourself – something that likely puts off traditional investors. An ETF simplifies Bitcoin investments.

An ETF is easier for investors to understand because its operational modalities carry nothing new – if you’ve invested in the stock market, you can easily invest in a Bitcoin ETF. When you’re ready to purchase or sell, you simply instruct your broker and it’s done. And that would bring in more Bitcoin investors.

When more people take the interest, they bring in more viewpoints and interpretations, which enriches the entire Bitcoin ecosystem. This builds more mature systems, better practices, and a richer knowledge base. All this, in turn, helps everyone to understand investments better. And it also makes the watchdog stay more agile and more alert since more people are watching.

In order to gain people’s trust, transactions in an investment alternative should be fair and consistent. Because of its inherent blockchain technology, there’s no doubt about Bitcoins being fair.

However, Bitcoin is traded on several exchanges today. The problem is they aren’t all linked, the way stock exchanges are. That brings up the problem of consistency in pricing when you sell or buy.

Pricing varies across exchanges and there isn’t much you can do. You may not get the best of quotes, but that’s how it is, right?

An ETF has the power to change that.

A Bitcoin ETF will have a larger number of people accessing that information. With that, you will have the best execution routing to minimize gaps between exchanges. The spreads will be tighter.

With an ETF, investors can be sure their orders of buying or selling will be attended to accurately. Because there is a well-regulated exchange in between, investors will also be ensured the entire process will be transparent and timely.

An ETF simplifies investments for retail investors. It just means that investors can focus on understanding Bitcoin and leave the processes to the ETF.

An ETF can dramatically change that. Institutional investors would be in a position to consider Bitcoin ETF a valid investment option.

When institutional investors are assured of legitimacy and Wall Street-like backbone and infrastructure, their investments would quickly rise. And that would be a big push for the liquidity in Bitcoin investments.

The reason various mutual funds and similar instruments are so successful is because they have an excellent system of investment. They have fund managers who have mastered the art and science of investment.

That’s exactly what you get with a Bitcoin ETF.

In a Bitcoin ETF, you have brought in Bitcoin experts who understand the intricacies of Bitcoin investments. That means you can institutionalize the wisdom of these experts, as Kevin O’Leary, the chairman of O’Shares once observed. Institutionalized wisdom proves a lot more sustainable and consistent.

Risks in a Bitcoin ETF

All the benefits listed above does not make Bitcoin ETF a completely foolproof and perfectly secure investment. A Bitcoin ETF is an investment, and just like all investments, it carries a number of risks.

Here are some of the risks associated with Bitcoin ETF.

Mayank Batavia is an edupreneur since nearly 20 years and a freelance content writer. He blogs at www.almostism.com on how technology impacts us. His areas of interest are eCommerce, email marketing and data privacy.