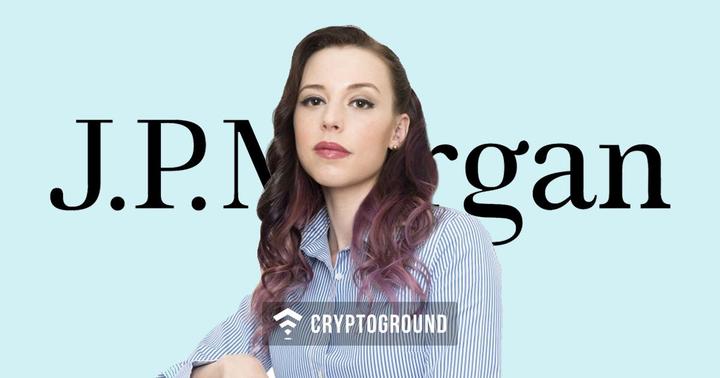 It has emerged that JPMorgan’s key blockchain executive, Amber Baldet has decided to part ways from the bank to work on her own venture. Lately, Baldet was leading Blockchain Center of Excellence (BCOE) to help the bank set its strategies.

Cryptocurrencies like Bitcoin work on blockchain which is a distributed ledger. Two years back, JPMorgan developed Quorum, a blockchain technology for clearing and settling derivatives and cross-border payments. Ever since its inception in 2015, Baldet has been working on this technology as a lead project developer to promote it to a broader audience. But it was discovered unfortunately on analysis that most of the rival banks would not use Quorum as it is closely associated with JPMorgan. And JPMorgan's only response to this was "Quorum has become an extremely successful enterprise platform."

Baldet will be replaced by Christine Moy, who was Baldet's first hire for the Blockchain project. Moy is currently serving the bank as Senior Product Manager. The news was broken by Umar Farooq, head of channels, analytics, and innovation for treasury services and head of blockchain initiatives for JPMorgan's corporate and investment bank in an internal memo. Farooq said,

"Baldet had been an integral part of developing our [Blockchain] capabilities and helped build out the BCOE and the outstanding team that we have today. We thank her for her leadership and contributions to the CIB and the firm."

Her exit sets a strong example in the banking and financial market that talent drains is on its way. Business and engineers are rapidly moving towards blockchain and crypto projects which are seen as a serious potential growth heck. Crypto is going through a rough time currently but blockchain and crypto fans have faith in its potential.

While Baldet's six-year tenure at the bank comes to an end, she has not yet revealed anything about her new startup. But Farooq is positive about it and said,

"Amber is extremely talented and helped build the outstanding team we have today. We respect her desire to start her own venture, and we wish her nothing but the best."