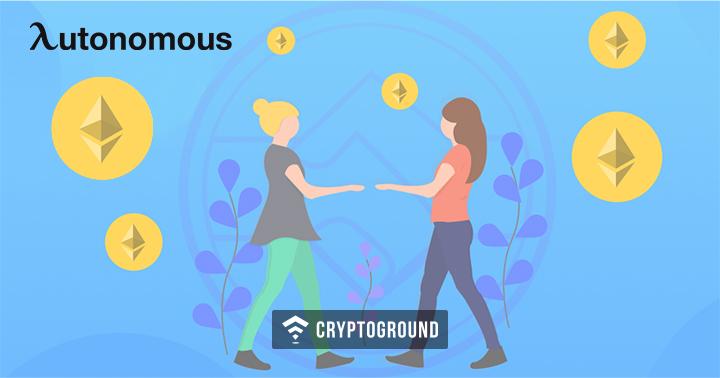 Autonomous is a NY-based venture that sells office furniture online. They have some innovative products on their list like adjustable standing desks, office chairs, portable lamps and other related accessories. The firm like to walk hand-in-hand with the latest technologies and hence it started accepting  Ethereum cryptocurrency as one of the payment options.

They seem to have liked the concept of blockchain so much that they also introduced a Blockchain based agreement application called Handshake. As stated by the company, Handshake is an app that transcribes commitment into the code and puts promises on the blockchain. This creates an eternal, unchangeable record of what he and she said - without fear of forgery or fraud. Simply create an agreement and tap to shake. We found the overall idea really fascinating and wouldn't stop from talking to the team. Here's the crispy interview that we did with its Director of Communications, Ning Tan:

Ques: Puting New Age Handshake on Blockchain is an interesting idea, please share how you chanced upon this concept, customer segment in your mind and anecdotes for the same.

Society runs on verbal agreements and informal contracts, perhaps even more so than official pdfs and printouts - in fact, in many fast moving places in the world, sometimes even high stakes investments and job offers don't have a paper trail. Having only someone's word as confirmation is more than a little anxiety-inducing! Of course, it's not always business related - we wanted to also make the promises, IOUs and friendly bets between partners, friends and sworn enemies - a little more concrete. By putting it all on the blockchain, we're trying to put trust back into the handshake. And of course, remove all possibility of forgery, denial and false claims. The blockchain hides no broken promises!

We plan to soon introduce payment functions, which will open up a whole host of possibilities.

It's a new concept, and we're so excited at how well it's been received. We've had many super cool ideas pitched to us - automated handshakes for rent, utilities and payroll (we are actually already working on implementing this for the Autonomous office), contract upload (for those that want to upgrade their e-signatures to crypto signatures), and even 'tinder for handshakes' - to make agreements and place bets with interesting people all over the world! That would be perfect for the upcoming world cup.. guess we're definitely building that!

Ques: What is the best value your product delivers to customers?

By launching first on the testnet, we removed the barriers to entry that so often discourage people from using crypto apps and services - no gas fees, no tech expertise required, as easy as creating a text message. Handshake is the first of its kind, so we are really open-minded with regards to the ongoing development of the app.

We really hope that users will help us make it awesome by telling us what they want and need, so we can all reinvent the signature, change how we think about contracts and agreements, and collectively make handshakes that are protected by blockchain immutability and military-grade fraud prevention.

More than anything, we are offering users a new way of thinking, and an invitation to shape the next evolution of the handshake, and change the way society works for the better.

Ques: When will be Handshake available on mainnet?

We want to make sure that Handshake is tailored to particular use cases. We will launch on the mainnet when features that require payment capabilities (betting, payroll, goods and services rendered, etc.) are introduced, but we don't want users who use it more casually for promises or IOUs to be discouraged by gas fees.

So we've decided to create a little toggle button, so you'll be able to choose between the testnet and the mainnet, to suit any circumstance.

Ques: Autonomous opinion on non-requirement of ICO and best technology is invisible. Elaborate your stands for us?

We think that blockchain technology is much bigger than the massive hype and much more than an opportunity to make a quick buck.

We don't believe that every blockchain project needs an ICO, a bunch of tokens, and we certainly don't think that the seductive element of exclusivity is benefiting anyone.

If blockchain technology really is the next internet, it's important that anyone anywhere can use it safely, confidently, with as little pain as possible. People talk a lot about how blockchain technology will change everything. We want to 'reinvent the status quo' by making this new exciting reality the new every day. So we are emphasizing usability and accessibility over all things. We want to help people bake it into the fabric of daily life, and embrace this incredible new technology to the extent that they take it for granted and stop thinking about it! The best technology works behind the scenes, is completely invisible, and changes everything about how we work and live.

We thank Ning for the insights and wish the team good luck with this venture.