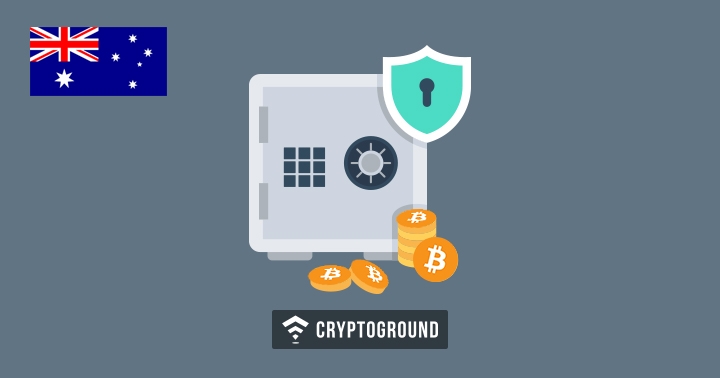 Australia, an emerging cryptocurrency continent, is all set to get its first insured cold storage vault for digital assets. The blockchain asset firm Decentralised Capital, in partnership with Custodian Vaults, a security solutions provider, has launched the first cryptocurrency vault in Australia. It is, however, not yet clear whether Decentralised or Custodian will be the insurer of digital currencies.

“While traditionally we have offered secure vault services for clients storing precious metals and other assets, we are increasingly receiving interest from clients searching for solutions to store cryptocurrency."

Stephen Moss, the founder and director of Decentralised Capital, stated that there has been a growing demand for crypto storage services in Australia. The move is also a recognition that Bitcoin is here to stay and not a bubble waiting to burst. He was quoted as saying:

“In my opinion bitcoin will not be remembered as the bubble, but the pin. While the short-term future of bitcoin may be debatable, the blockchain and its benefits are not.”

A series of major hacks in the recent past such as Coincheck, Coinrail, and Bithumb have necessitated for the strong cold storage system in place. Cold storage can be used by a cryptocurrency holder with computer peripheral storage devices like USB drives, meaning these currencies can be stored offline and can be safeguarded from cyber-attacks. All the devices are still at the risk of hacking though when connected to the internet or physical theft.

Leading crypto exchange Coinbase also recently launched Coinbase Custody, which allows institutional investors to safeguard digital tokens in a manner similar to traditional securities. Coinbase Custody is currently available in the US and Europe and is expected to come to Asia before the year-end.