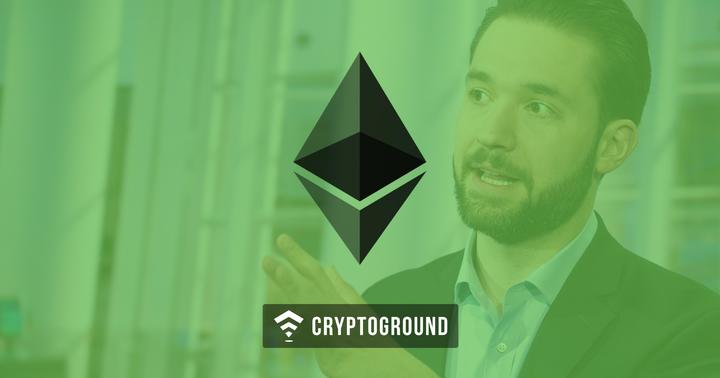 [UPDATE] Alexis Ohanian has tweeted following the publication of the Fortune interview that he meant to say $1500 and not $15,000. It was a Faux Pas from the Reddit Co-Founder and the actual price prediction was that of $1500 for Ethereum by the end of the year - which would be a new all-time high for the currency.

Reddit Co-Founder Alexis Ohanian is an active voice in the cryptocurrency community. In his latest statement today, Ohanian has shown optimism in the Ethereum’s price growth, stating that he expects the price of the cryptocurrency to reach $15,000 before the end of the year.

This statement from Ohanian comes at a time when Ethereum’s price is struggling to even reach $1,000. The currency, which peaked in early January at $1400 has since been on a constant downtrend, reaching a low of sub-$400 last month. However, the currency has now been on a path to recovery, standing at $723 at the time of this writing.

The price of $15,000 is over 10 times what the currency recorded earlier this year. Considering that Ethereum went from $7 to $1000 last year - the growth from $700 to $15,000 doesn’t sound too far-fetched. However, given the way the market is moving presently, it sounds like quite an uphill task.

Alexis Ohanian made this comment during an interview with Fortune where he said that he expects the price of Ethereum to rise to $15,000. Here’s his complete statement:

“I still hold a little bit of Bitcoin, and I think it has such mindshare that it will continue to be a store of value. I’m most bullish about Ethereum simply because people are actually building on it,” he said, predicting later that “ At the end of the year, Bitcoin will be at $20,000. And Ethereum will be at $15,000.”

Ohanian is bullish not just on Ethereum but on Bitcoin as well. However, as per his predictions, Ethereum will grow at a much stronger pace than Bitcoin. If the trajectory of growth continues in the way Ohanian has predicted, we may not be far from the much-awaited ‘flippening’ to take place where the market cap of Ethereum may surpass the market cap of Bitcoin. However, for now, it looks like quite a distant reality.

Alexis Ohanian, who has taken a back seat in his operations with Reddit is focusing on blockchain investment of late. Ohanian now works full-time at his VC Fund Initialized Capital, which he had founded in 2012, with his primary focus being on investing in firms developing the blockchain tech. Ohanian’s company has also been investing in companies such as Coinbase. The portfolio of this VC firm has gone up from $250 Million to $20 Billion over the past six years.

“Last year, it was all about AI and machine learning, This year, it’s all about blockchain. Most of it is just hype and BS, just like how it was with AI and ML,” he said. “Most of the really vital, protocol-level, basic infrastructure around software and blockchain will need to get built in the next year or two for us to really see the Web 3.0 we’re really hoping for.”

Marsh Expands Collaboration with IBM for Blockchain Proof of Insurance...