Disrupting the Disruptors - How LaborCrypto will Empower, Freelancers Around the Globe to Finally Be Free 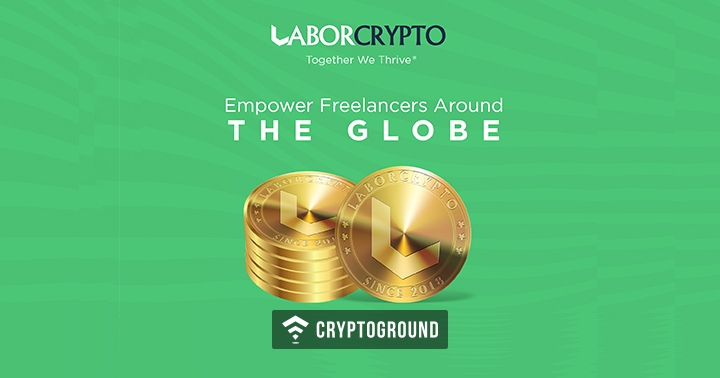 In the last several year's blockchain technology, and the immutable digital ledger system it offers, has caused massive disruption in the financial industry and beyond. At the same time, there has been a virtual explosion of online freelancing sites, giving millions of freelancers across the globe access to billions of customers, and creating a vast and growing new economy, the Gig Economy.

Blockchain technology started with Bitcoin, the cryptocurrency, but was quickly proven so valuable as a digital ledger that it was

soon adopted to many other industries, including pharmaceuticals, manufacturing, shipping and so forth. Infallible and immutable, blockchains are the perfect ledger system.

Freelance platforms, including UpWork, Freelancer, Fiverr, Etsy, RedBubble and more, tapped into the communication power of the world wide web and the convenience of mobile devices, connecting sellers with buyers worldwide. Unlike blockchain technology, however, freelance websites are far from perfect.

The Problem(s) With Freelance Websites

If you ask the average freelancer, working on one of the various

platforms, what they perceive as the biggest flaws of said platforms, they will usually refer to 5 major problem areas that cause them to suffer financially, as well as causing negative consumer responses.

On average, freelance platforms take 22% of the selling price of every Gig sold. On Fiverr, for example, they take 20%, or 1 out of every 5 dollars the freelancer (the ‘seller’) earns. Many of these platforms also charge the customer (the ‘buyer’) a fee to use the platform (or ‘ecosystem’). Some ecosystems even take a fee when a seller gets paid a ‘tip’, a practice that’s illegal in the United States and other countries.

If high fees weren’t bad enough, freelance platforms also force sellers to wait for their earnings, sometimes up to 2 weeks. These delays are mainly caused by the traditional financial system, although some platforms also tack-on extra waiting time, creating extra financial stress for millions of freelancers.

Here’s a problem area for both buyers and sellers. For sellers, the inflexible sales processes used by virtually every freelance economy force them to waste hours of valuable time every day. These same processes waste the time and energy of the buyers as well, who are forced to rely on outdated review systems to evaluate sellers and their respective offers.

Although a problem not suffered by all sellers, roughly 40% of the freelance community has either little or no banking access, making it much more difficult, and costly, to receive their hard-earned income.

Possibly the biggest problem freelancers face with all ecosystems is this; inequity between the platform and the creators. The single reason that freelance platforms exist is due to buyers and sellers, but neither is given financial thanks for this fact, causing many to come and go far too frequently.

LaborCrypto will merge Blockchain Technology, AI and the power of the people to disrupt the freelance economy, solving all 5 of the aforementioned problems while opening up even bigger doors to freelancers around the world. The great news is that, as we speak, LaborCrypto is in its presale stage, making it the perfect time to invest in our ICO. Click the link below to do that, right now, and get in on the bottom floor, before the value of LaborCrypto goes through the roof.

Also, for more information, today on how LaborCrypto will revolutionizer the freelance market and to invest in their mission during their PRESALE/ICO which began on July 1st, visit laborcrypto.com.

To know more about LaborCrypto you can go through their detailed whitepaper.