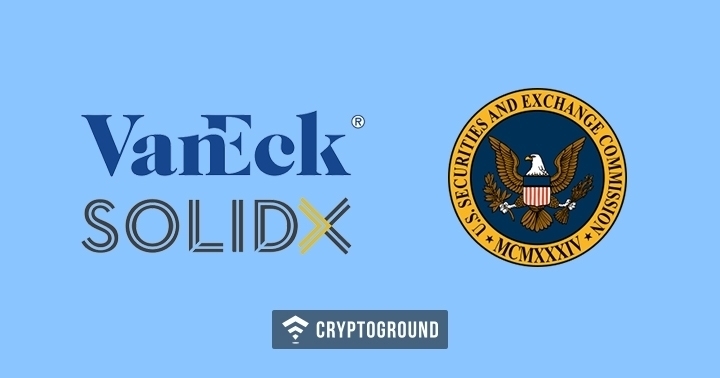 In a shock move, the Cboe BZX Exchange has withdrawn its filing with the Securities and Exchange Commission of the United States (SEC) which pertained to the VanEck Solidx Bitcoin Exchange Traded Fund (ETF). The application that Cboe had filed proposed a rule change in the Securities Exchange Act of 1934. However, this application has now been withdrawn.

The change that Cboe BZX Exchange had proposed was a change in Rule 19b-4 of Section 19(b)(1) of the Securities Exchange Act of 1934 which would allow them to list and trade a Bitcoin ETF on their exchange.

This application was filed by the Cboe BZX Exchange on the 20th of June. In August, the SEC had stated that they would require an extended period to take a final call on this. A second extension was announced in December 2018. This was the final extension that the SEC could have taken - and a final answer was needed by the 27th of February, beyond which the proposal would have stood ‘automatically approved’.

Earlier this month, crypto analyst Brian Kelly had predicted doom for Bitcoin ETFs, stating that they stand ‘no shot’ in 2019. This withdrawal comes as a major setback to those who had been pushing for a Bitcoin ETF to come along. The SEC officially announced it on a note published on their website that the application filed by Cboe now stands withdrawn. The note reads:

While the note did not provide any details as to why this proposal was withdrawn, the CEO of VanEck, Jan van Eck told CNBC that one of the biggest reasons behind the withdrawal was the US government shutdown, which at the time of writing, has been going on for the past 32 days without any signs of an immediate resolution in sight. This is the longest government shutdown in US history. If the shutdown had lasted beyond the 27th of February, the petition would have been automatically approved. Jan van Eck commented:

“So, you know the SEC is affected by the shutdown…we were engaged in discussions with the SEC about the bitcoin-related issues, custody, market manipulation, prices, and that had to stop. And so, instead of trying to slip through or something, we just had the application pulled and we will re-file and re-engage in the discussions when the SEC gets going again.”

To sum-up what van Eck said, the proposal has only been ‘temporarily withdrawn’, and there is a chance that the company might submit it to the SEC for approval again. The VanEck CEO stated that he wanted to convince the regulators ‘clearly and convincingly’, but they can’t do that while the SEC is shut due to the government shutdown.

The Rise in Cryptocurrency Mining Is Hurting Our Chances of Finding Al...