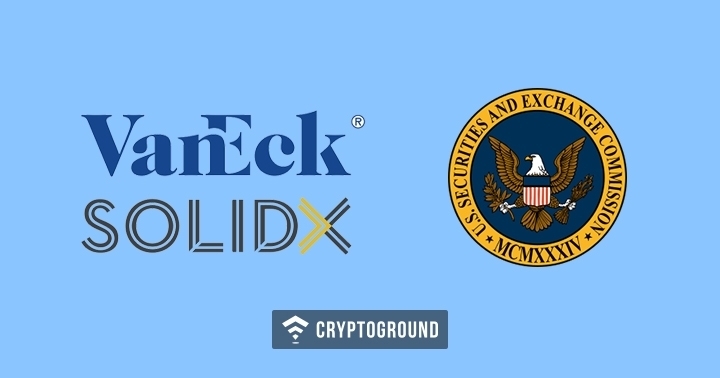 The Government of the United States of America is on an indefinite shutdown since the 22nd of December. This is the longest shutdown in the history of the country - and has had several implications on the functioning of various government departments. Interestingly enough, this government shutdown could also influence the decision that the Securities and Exchange Commission (SEC) has to make about the Bitcoin Exchange Traded Funds (ETFs).

The SEC is yet to announce their final decision on the Vaneck Solidx Bitcoin ETF - this has been under review for several months, and the final decision is expected to come out on the 27th of February, beyond which the SEC cannot extend the deadline. The CBOE BZX Exchange has filed a proposed rule change, where they would be allowed to list and trade the shares of the Vaneck Solidx Bitcoin Trust.

As per the law, the Securities and Exchanges Commission has to come out with a final verdict in 240 days following the publication of the proposal on the Federal register. Lawyer Jake Chervinsky, an expert of securities and commodities, among other things, commented on how the government shutdown would affect the Bitcoin ETFs, expressing this in multiple tweets:

“final deadline to approve or deny the ETF is February 27. That’s 240 days after the ETF proposal was first published in the Federal Register...The SEC doesn’t have the power to extend the 240-day deadline. The statute absolutely prohibits any further delays … By law, that means if the SEC fails to make a decision by the February 27 deadline, the ETF will be automatically approved.”

Basically, if the SEC does not come out with a final decision by the 27th of February, the Bitcoin ETFs would be automatically approved as per the law. However, the lawyer added that while this is technically possible, realistically speaking, the chances are pretty low.

While a number of United States government offices and departments have completely shut down as the employees have all taken a break during the shutdown, the SEC continues to operate, although with a very limited number of personnel. As per the SEC’s operational plans during the shutdown, the organization will continue to review and approve/disapprove the petitions that come towards them.

The hypothetical condition where it would be possible for the Bitcoin ETF proposal to get automatically approved is possible under two situations, both of which need to be true:

It isn’t likely to stay in effect for long. Automatic approval isn’t a lifetime guarantee & can be undone easily. When the shutdown ends, the SEC can just force the ETF to be delisted.