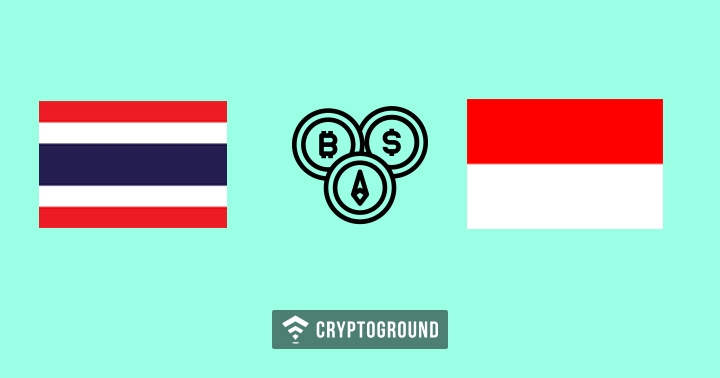 Upbit, one of the biggest cryptocurrency exchanges of South Korea, is all set to open up two new cryptocurrency exchanges in Thailand and Indonesia. The company has been working towards an expansion strategy and it appears that South-East Asian nations are currently their target markets. Upbit had announced an exchange in Singapore earlier in September.

As of now only the websites have been set up and the platform has not officially launched in the countries. Upbit has also set up websites for these exchanges, which will function in the region’s local language. In addition to that, these exchanges will also support the local currencies - i.e. the Baht in Thailand and the Rupiah in Indonesia. This is similar to the Singapore exchange which supports Singapore Dollars.

As of now, the Upbit platform is functioning in these countries in a ‘closed beta’ phase, following which there will be an official launch soon. The platform for Thailand, as of now, is open only to a limited number of early registrants. The exchange has also announced that upon launch it would feature 131 cryptocurrencies and 241 trading pairs.

The Indonesian platform, however, lags behind when compared to the Thailand-based platform as it appears that it is still in a development phase. The Indonesian website displays a message in local language which translates to “Buy and sell the latest crypto assets from our partner, Bittrex, the premium exchange from the United States”. The website shows that the platform will support 156 coins and 276 trading pairs - which is larger than what is being offered in Thailand.

The Upbit cryptocurrency exchange is managed by Dunamu Inc. which is owned by Kakao Corp, the firm which owns the KakaoTalk social media chat application in South Korea. The company is also associated with US-based cryptocurrency exchange Bittrex. Dunamu CEO Lee Seok-woo has his eyes on an international expansion for quite some time now. He commented that:

“From the outset of the Upbit business, the company had a blueprint to become a global foreign exchange, not limited to the domestic market...Both countries appreciate the growth potential of the cryptocurrency industry. Thailand and Indonesia are very interested in blockchain and cryptocurrency, so we thought it would be a good thing to have an online presence before launch.”

South Korean regulators have been putting pressure on cryptocurrency exchanges and imposing several new rules and regulations. The government announced the real-name system to be made compulsory for all South Korean exchanges but the banks have been reluctant to provide this information over the months. Only four exchanges in South Korea (including Upbit) have gotten the nod from the bank so far.

Nevertheless, with the South Korean markets getting stagnated, exchanges such as Upbit are looking forward towards an international expansion as the next logical step forward. Stay tuned with us at Cryptoground for regular updates from the world of cryptocurrencies and the blockchain technology.