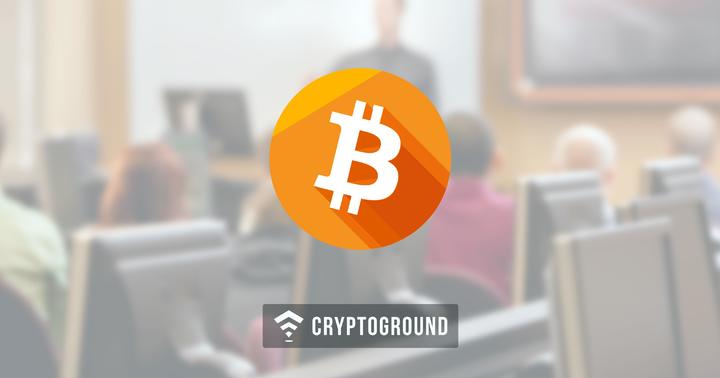 Bitcoin witnessed skyrocketing popularity last year. While 2018 has seen large price falls, its craze among the students hasn't seen a downfall. And thus, some of the prominent MBA programs in the world are expanding their curriculum. Stanford Graduate School of Business, Georgetown University's McDonough School of Business and Wharton School of the University of Pennsylvania are giving in to the demands of students and future employers. They are introducing classes in digital currency and blockchain. The world No. 1 Business School, Stanford's business school is adding a new full-time course named 'Cryptocurrency' in from May this year.

This is the result of increasing demand of the students in MBA course. Itamar Orr, the Israeli native and second-year student who came forward to take leading charge to create more crypto-related courses. He stated that there were a few sessions on cryptocurrency at Stanford, but none of them were continuous. "They were always pop-ups."

He Orr grasped that there were no crypto courses listed for 2018 term, he gathered 12 of his classmates and sent a letter addressed to professors and associates of the business school. He believes,

"Many of us will have to discuss blockchain at our jobs. It makes sense to teach it. It gets you a competitive advantage; it's an extra hammer in your toolbox."

Stanford acknowledged their request and introduced the course which immediately became a bit hit closed with more than 50 people on the waiting list, according to the university site. It is said that the school agreed to the demand as venture capital is the second most popular choice of MBA graduates and its investments in blockchain startups hiked to around $911 million which is 88 percent more than the last year.

Susan Athey, the technology professor at Stanford Graduate School of Business, will teach the new class. Athey is also a board member of Ripple, Expedia, Rover and Lending Club. She believes that interest in student cryptocurrency classes primarily nourished by bitcoin’s soaring prices in 2017. She added,

"The fluctuations in the prices have everyone mesmerized: Just how did this happen? Many people have gone boom or bust. And that’s, of course, exciting, attracts a lot of interest, and motivates people to understand what’s going on."

The executive director of McDonough and former executive of Nasdaq, John Jacobs revealed that Wall Street and consulting firms are also demanding this new skill set. He further added that he had constantly been getting calls from the recruiters asking to train students and help them explore how to apply blockchain technology. Jacobs  said,

"Any world-class program is going to have to equip students in this field to compete. It's everywhere we turn around."

Wharton, the another top MBA school also announced that it would introduce "Blockchain, Cryptocurrency, and Distributed Ledger Technology" class in fall 2018. It will be taught by professor Kevin Werbach. He has absolutely no doubt about the immense popularity that blockchain and crypto are gaining amongst the students but he was initially quite reluctant to add this course. He wanted to be sure that cryptocurrency and blockchain were relevant for business students. He said,

"There will be a real phenomenon in business for the foreseeable future, and five years down the road there won't be too many major business schools that don't offer similar classes."