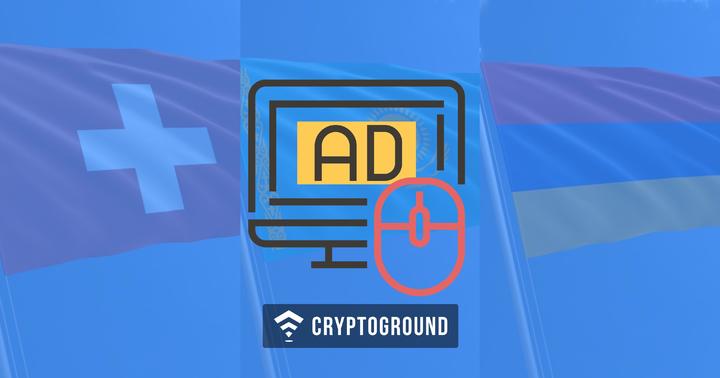 Recently a bunch of tech behemoths banned Crypto related Ads and content from their platform. Many countries and organization plan to take legal actions against them. Such agreement was initially made between RACIB (Russian Cryptocurrency and Blockchain Association), LBTC (Chinese Association of Cryptocurrency Investors) and KOVA (Korea Venture Business Association). They believe that the disapproval of leading internet giants to publish crypto ads is a conspiracy to abuse the consortium power. During the BlockchainRF-2018 conference in Moscow last month, they founded a new organization called the Eurasian Blockchain Association (EBA) which other countries can join in. This class action against internet giants banning crypto ads is now supported by communities working on cryptocurrency investors and blockchain companies from three more countries.

Crypto Organizations from Switzerland, Kazakhstan, and Armenia joined hands with EBA to protect the rights of cryptocurrencies and defend them from the influence of bans. InnMind fintech, a Swiss company which works as a mediator between startups and investors, representatives of the crypto sector in Kazakhstan, and the Armenian Association of Developers and Users, are the new members of EBA.

Facebook announced the first ban this year in January reporting complaints about spammy and fraudulent advertisements. The company believes that ads for financial products should not be misleading or deceptive. It has banned ads covering cryptocurrencies, ICO (Initial Coin Offerings) and binary options. Following this decision, Google also prohibited ads and extensions relating to crypto exchanges, wallets, currencies and coin offerings.

EBA representatives aim to file the class action lawsuit against such large corporations. The case is expected to be taken to court in the State of New York next month. The members of EBA also disclosed that lawsuits might be filed in other U.S. jurisdictions, as well, including the states where the companies are registered.

A new fund registered in Luxembourg will represent the associations. They intend to cover the legal costs through voluntary donations to a cryptocurrency wallet to be enrolled in Estonia. Lawyers will be paid with the funds collected in this wallet. RACIB president, Yuri Pripachkin warned,

"A business player decides to introduce special requirements in regards to the freedom of information, taking advantage of a monopolized resource. Next time we’ll face racial, religious and other discrimination."

While these countries are planning to fight against Internet Crypto Bans, Countries like India and Pakistan, etc. are restricting cryptocurrencies in their nations.