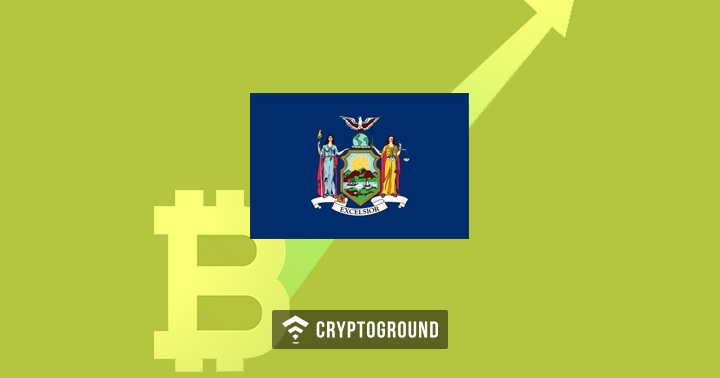 Lawmakers in the US are being very careful when it comes to cryptocurrencies. The state of New York has been the toughest to crack. For cryptocurrency firms to operate in the state of New York, they require a special ‘Bitlicense' which is issued by New York’s Department of Financial Services (DFS). Square has now become the latest (and the sixth ever) name to get hold of this coveted license.

Getting a bitlicense would now allow Square, as well as their ‘Cash app’ to operate in the state of New York. Square, which launched cryptocurrency trading in early 2018, will now be able to offer services to citizens of New York. This is an important milestone because operating in New York gives cryptocurrency firms two advantages - first, it is the financial capital of the US, with a number of high net-worth investors based there, secondly, getting a bitlicense is a stamp of approval for any firm, given how strict the DFS is at allotting the license.

Square, which was founded by Twitter CEO Jack Dorsey and Jim McKelvey back in 2010, and the Cash app launched in 2015. The company has recently been foraying into the world of cryptocurrencies. Since the introduction of crypto-trade in the app, Square has gained $8 Billion in valuation. Moreover, Square has also been outperforming Venmo in the markets. Venmo, for those who may not be aware, is owned by PayPal.

However, getting the bitlicense is a major step forward for the app. Only a handful of names in the US have this license granted by the New York DFS. Financial Services Superintendent Maria T. Vullo announced that Square has now been granted the Bitlicense - allowing them to trade in New York. She stated:

“DFS is pleased to approve Square’s application and welcomes them to New York’s expanding and well-regulated virtual currency market. DFS continues to work in support of a vibrant and competitive virtual currency market that connects and empowers New Yorkers in a global marketplace while ensuring strong state-regulatory oversight is in place.”

Getting the BitLicense is a major backing for the Square Cash app. So far, this license is held by some of the top names in the country such as Coinbase, bitFlyer USA, Ripple subsidiary XRP II, Circle Internet Financial, and most recently Genesis Global Trading. With Square Cash app now having the Bitlicense, residents of New York too, can easily buy Bitcoins using the app. Brian Grassadonia, Head of Square’s Cash App service commented on the approval from the New York DFS, saying:

“We are thrilled to now provide New Yorkers with Cash App’s quick and simple way to buy and sell bitcoin. Square and the New York State DFS share a vision of empowering people with greater access to the financial system and today’s news is an important step in realizing that goal.”

The rarity of the DFS might be quite alluring, but it has also been controversial as a number of cryptocurrency exchanges have found the regulations of the DFS too imposing to even apply for the bitlicense. Nevertheless, those who have obtained it are considered to be the creme-de-la-creme of the US Crypto business.