Salaries in the form of Cryptocurrencies Now Legal in Costa Rica 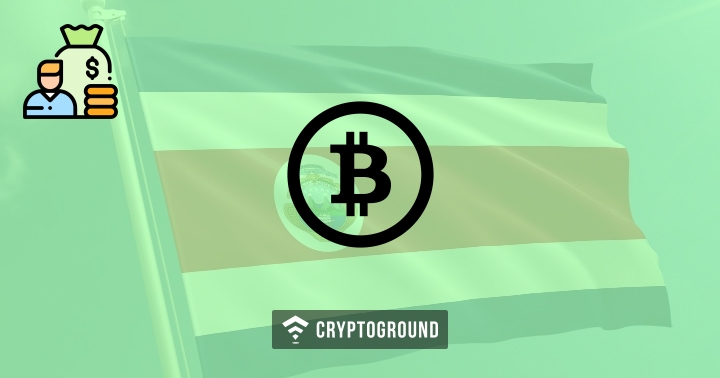 Known primarily for its beautiful coastline and forest reserves, the country of Costa Rica has announced a historic first today! As per the law in the country, employers can now pay salaries to their employees in the form of cryptocurrencies! This is an interesting development and one which is likely to provide a huge credibility boost to the mainstream acceptance of cryptocurrencies.

A legislation in the Costa Rican Labour Code states in Article 166 that employers can pay their employees in goods, form money as well as other non-currency assets. The legal practitioners have now declared that cryptocurrencies too fall under this legislation and that employers can pay the salary - or a part of the salary in cryptocurrencies! This is a historic first and no other country in the world allows this as of now.

Costa Rica’s cryptocurrency sector has been on a major boom of late. Especially since the Bitcoin boom of 2017, a large number of Costa Ricans have shown interest in cryptocurrencies and are either investing, trading or holding them. However, the central bank of the country has stated that they are not involved in any cryptocurrency transactions and the users are making them at their own risk as digital money such as cryptocurrencies are not guaranteed by the bank.

Rolando Perlaza, who works with the law firm Nassar Abogados has commented on this recent development, saying:

“This is a trend that could take hold in the country,…This type of payment would in no way replace traditional or liquid cash. It would rather become an incentive for the workers, who could decide if they accept these currencies as payment for their services.”

Over the years, many have believed that cryptocurrencies could replace fiat currency in the long run. However, there are very few signs to prove so and eminent organizations have claimed that cryptos are no threat to fiat money or to the existing global economic system. While cryptocurrencies cannot be regulated, banks across the world have mulled over the idea of launching a central bank backed cryptocurrency (CBDC) for years now.

While we are far from seeing a proper CBDC system in place, there is a good chance that these small steps towards mainstream acceptance are bound to take cryptocurrencies forward in the long run.

Costa Ricans, despite the warning of their central bank, continue to show a major interest in cryptocurrencies. Since tourism is a major industry in the country, many hotels and travel-related businesses have begun to accept cryptocurrency payments to make travel a seamless experience for travellers. Costa Rica’s renewable energy resources also make it possible for the mining industry to boom in the country. With salaries now payable in cryptos, it would be interesting to see if other nations follow suit.

Would you like your salary to be paid in cryptocurrencies too?