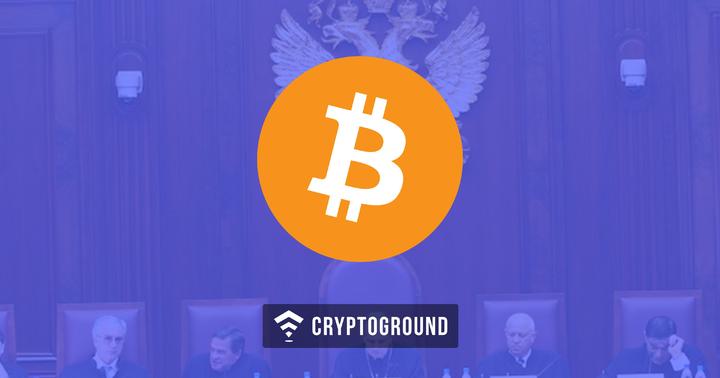 Russia has finally taken cognizance of cryptocurrencies as a property with value. This is a significant ruling as it overrules a previous decision of courts and gives cryptocurrencies its place in the asset class. Russia does not have any legislation around the treatment of cryptocurrencies but the Ninth Arbitration Court of Appeals ruled that in case of bankruptcy, cryptocurrencies can be included as part of the individual’s estate for liquidation.

The ruling came while deciding a case where a Russian citizen Ilya Tsarkov filed for bankruptcy last year. The court decided to transfer his cryptocurrency holdings to the trustee, Alexei Leonov who can operate and use the assets as his payment. He will gain access to the private keys to the wallet. Tsarkov owned 0.2 bitcoin, equivalent to US$1,885 at current market prices.

Bitcoin supporters were happy to note this as a recognition of the cryptocurrency as a valuable asset. In the earlier ruling at Moscow Arbitration Court, Tsarkov was asked by the court to disclose his holdings at blochain.info. Though the trustee, Leonov had requested a court order for the transfer of the currency into the bankruptcy estate, it had been rejected by the court on the grounds that cryptocurrencies could not be used to pay off creditors as  “the laws of the Russian Federation do not recognize cryptocurrency as property.”

However, this new ruling by the Ninth Arbitration Court of Appeals has made way for a new law in recognition of the usability of the cryptocurrency. As the court’s decision was conveyed by Russian Legal Information Agency Rapsi:

“Currently, Russian legislation does not provide the definition of cryptocurrency and there are no requirements for its circulation. There is no way to tell if it is property, information or a ‘surrogate’…it is impossible to regulate the relations involving cryptocurrency.”

Leonov was happy to note the ruling and also mentioned of positions taken by European Court of Human Rights in a similar case on the issue of property and bankruptcy case in Japan, where a court was permitted to sell the debtor’s cryptocurrency holdings. He feels in his case, the lower court failed to recognize the new economic realities and value of new technologies where bad-faith parties could have the taken advantage of the exclusion from the bankruptcy estate by confiscating them and rendering them useless and inaccessible.