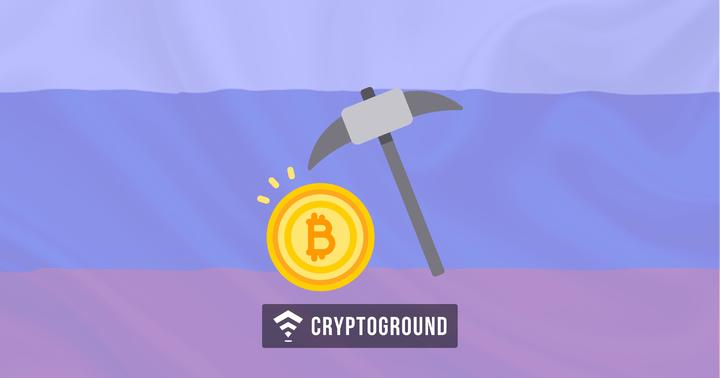 Over the years there has been a growing concern when it comes to the high consumption of energy when it comes to cryptocurrency mining. This is a concern which is rising with every passing year as more and more people begin mining operations. Cryptocurrency mining operations around the world consume as much electricity as some countries do on a yearly basis! Russia is now taking the initiative to raise awareness around this problem as the country will observe a ‘Crypto Hour’ on 24th of March.

This is similar to the Earth Hour - where all electricity is turned off for an hour. The Earth Hour is celebrated annually and was created by the World Wildlife Fund. It has since become a global phenomenon involving turning off all electric appliances and sources that consume electricity. However, in ‘Crypto Hour’, Russians will be turning off all cryptocurrency mining activity for one hour from 20:30 to 21:30 on the 24th of March. The goal here is to raise awareness around the fact that cryptocurrency mining is consuming a lot of energy!

Russia has invited the rest of the world to join them in celebrating the Crypto Hour, asking miners around the world to turn off their mining equipment for one hour from 20:30 to 21:30 in their local time zones. Russia wants to raise awareness about eco-friendly blockchain systems. The Crypto Hour campaign is headed by Peter Dvoryankin - who is also a member of the Russian Duma’s expert council for fin-tech.

“The purpose of the action is to call on the governments of Russia and foreign countries to create maps of “ecological mining” (the possibility of placing mining capacities near renewable energy sources, indicating the temperature regimes of the region), and to stimulate the flow of investments into “ecological mining” projects in the territory of the Russian Federation, Peter stated.

Bitcoin Mining currently consumes 50 Terawatts/hour (50TW/h) of energy per year. Given that the mining rate continues to grow at a steady pace, Bitcoin mining will consume as much energy as the rest of the world combined by 2020. Reports from February indicate that cryptocurrency mining in Iceland is already consuming more energy than all the households combined. These statistics are alarming and initiatives like these help drive awareness in this direction.

While there is way too much ‘glory’ that surrounds the massive cryptocurrency price rise - all the ‘to the moon’ and ‘lambo’ posts on social media make it sound like a get-rich-quick scheme, the bitter truth about cryptocurrency mining’s energy consumption is often overlooked by people. With initiatives such as the crypto hour, we face the reality of the situation.

Peter Dvoryankin also hopes that this “Crypto Hour” campaign would contribute to the creation of “systems to use the heat generated in the process of mining and develop less energy-intensive distributed ledger technologies.”