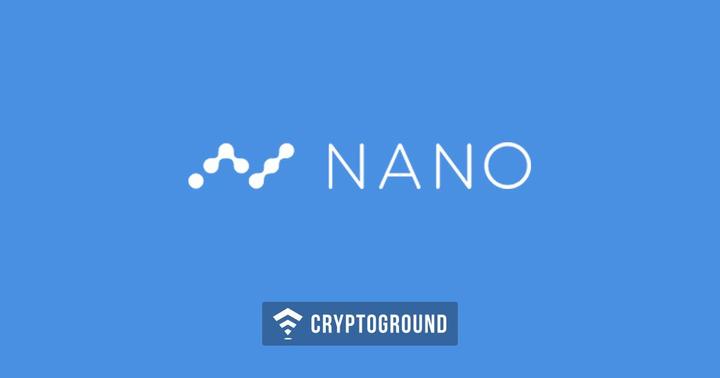 RaiBlocks (XRB) has been one of the most talked about cryptocurrencies of the past few months. With a market cap of a little over 2 Billion, it has found a place in the top 20 cryptocurrencies of all times. It has been around for a little under a year, and has impressed many investors. Today, the company has announced a major rebranding of the RaiBlocks brand, which will henceforth be known as Nano.

The company announced this rebranding on Medium. They said that this effort to rebrand the currency had been going on since November. One of the motivations to rebrand had been the fact that a large number of people weren’t sure how to pronounce the name. Is it R-A-I blocks? Ray-blocks, raai-blocks? Some even suggested them to drop ‘blocks’ completely and just call it ‘Rai’. However - the company went on a whole different direction and RaiBlocks is now ‘Nano’.

Nano, the new name for Raiblocks has been chosen as it reflects the simplicity and the speed of the project. The new logo that the company has come up with shows many nodes that connect together to form an ‘N’. All the company’s social media accounts and web properties are now being updated to reflect this change. Raiblocks is a part of history now and Nano’s new website too, has been launched at www.nano.org.

The company notes that while they have rebranded, it is only the name that has changed. All of their wallets, funds and transactions remain as they always have been. Wallet addresses will continue using the XRB_ prefix, at least for the time being. The company plans to start NANO_ prefix soon.

Following this announcement of Raiblocks being rebranded to Nano, the price of the cryptocurrency shot up by 22%. The company promises that the launch of Nano is just the beginning and there’s much more to come in the year to follow. The company announced that they are now beta-testing their desktop wallet as well as their iOS wallet and sign-ups are now open for beta testers who would like to give it an early try.

While this isn’t official yet, Nano is working on getting listed on various other platforms where they aren’t listed as of now. Binance is one of the biggest such exchanges where Nano is expected to appear soon. Much is in stock for 2018 as RaiBlocks has now made way for Nano.

Interestingly, this isn’t even the first time a cryptocurrency has rebranded itself in a major way. In June of 2017, Antshares rebranded itself as Neo and this rebranding brought in a whole new gusto and momentum which saw the currency perform way better than ever before.

The news of RaiBlocks being rebranded to Nano comes at a time when the markets are in a state of disarray. Almost all major cryptocurrencies have been witnessing a fall in price. Could Nano, with a new name and a new enthusiasm behind it - bring a fresh air of growth in a market that’s on a downtrend? Stop looking for RaiBlocks on the listings now and begin checking out for Nano!