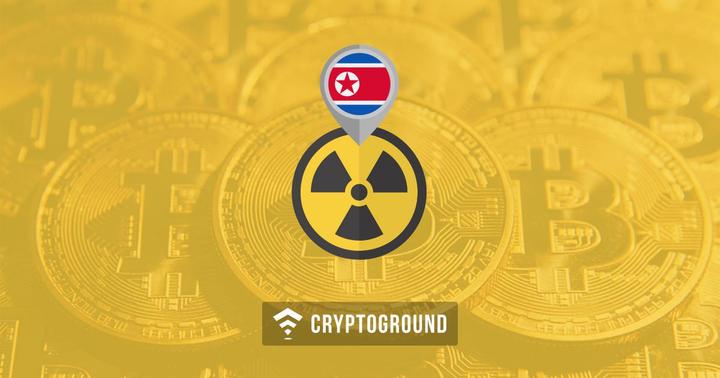 North Korea is one of the most controversial countries in the planet, led by dictator Kim Jong Un. The country has cut off all ties with pretty much every nation in the world and has maintained a hostile attitude for years. Their increasing stockpile of nuclear weapons is an alarming statistic for the world. Latest reports now indicate that North Korea is funding their nuclear program with the help of cryptocurrencies.

As per a report from The Korea Times, Priscilla Moriuchi, a cybersecurity expert and former U.S. National Security Agency officer, claims North Korea has gathered a total of 11,000 Bitcoins last year and this amount is entirely being dedicated to fund their development of nuclear weapons. As per her, this massive amount of cryptocurrency was gathered by North Korea mostly by the means of mining for it. However, there have been news reports in the past that a number of hacking attacks across the globe are also being conducted by North Korean hackers.

The country has been piling on nuclear weapons even after strict instructions from the United Nations as well as appeals from other nations. This is one of the biggest reasons that a number of economic sanctions have been imposed upon them and no country would trade with North Korea. This has led to them resorting to no other options but cryptocurrencies to fund their weapons development.

“I would bet that these coins are being turned into something–currency or physical goods–that are supporting North Korea’s nuclear and ballistic missile programme,” Priscilla told Vox. She further states that she believes that North Korea has set up a number of cyber hubs in the neighbouring country of China, as well as a number of other South East Asian nations from where these mining and possibly hacking operations are being carried out.

North Korea has been associated with a number of cybercrime incidents in the past. Just last year, the WannaCry ransomware which affected over 200,000 users’ computers around the world, locking them out from accessing their files, including UK’s National Health Services systems was reportedly devised by North Korean hackers. In the past too, a number of hacking and malware attacks have been attributed to North Korea.

Reports further indicate that groups of students from North Korean universities are joining an organization called Bureau 121, which is the country’s cyberwarfare hub. As per Priscilla, increasing the regulations on cryptocurrencies is possibly the only way to find out and detect North Korea’s attempts at generating national income via cryptocurrencies. She further stated that regulations need to be stricter as “That helps create a paper trail we can use to identify North Korean accounts and how North Korea is moving these currencies.”