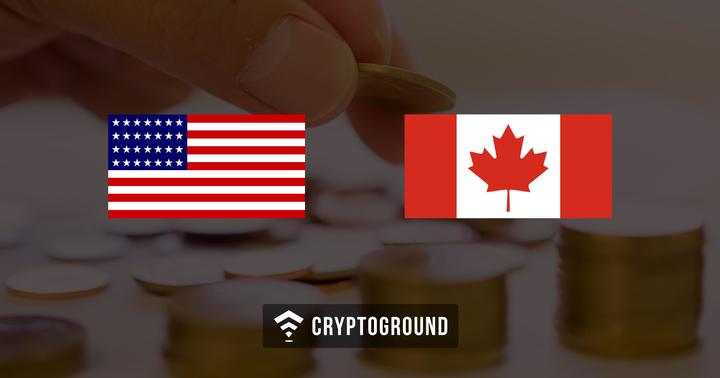 Over the past few months, the cryptocurrency markets have been going through a strong downtrend. However, this has not disheartened the startups and firms working on the development of the blockchain technology. One such innovative and unique startup working in the crypto-space is that of Cblocks, which has now announced that it would be relocating from Miami to Canada - citing rising costs of US Regulatory expenses.

Cblocks was quite successful when you look at their recent run. The company recently made $32,000 in just 30 days with the help of its unique offering - a mystery box of cryptocurrencies! Basically, Cblocks functions on a script that picks 5 cryptocurrencies for the buyers - who can buy them at a cost ranging from $75 to $475 (+$25 for shipping). These currencies are then placed in a USB Wallet and shipped off to the buyer.

The currencies picked by Cblocks are from the top-300 list of CoinMarketCap. These cryptocurrencies are picked at random! The team then develops a paper wallet using an offline computer - and transfers these currencies from the paper wallet to the USB wallet, following which the records would be deleted from the PC. Users need to provide their address for the shipping process. As of now Cblocks ships only to the USA.

The USB drive comes with an info-sheet about the currencies purchased by the buyer. In the past too, there have been a number of mystery-box services which have had the ill-reputation of being scams. However, Cblocks has been functioning in an appropriate manner so far - and has become rather popular.

Cblocks is an exciting and innovative concept as it exposes investors to new currencies - as well as gives them a ‘challenge’ as to how they deal with these new currencies and how they can grow their portfolio. The demand for their products has been so high that Cblocks had to stop taking orders for a while to avoid getting into legal trouble.

The Move to Canada

The company has now announced that they intend to move their base to Canada now, citing regulatory expenses and hurdles as one of the biggest reasons. The company has stated that despite taking the help of lawyers from two different legal firms - they are still unable to determine the legal classification regarding the laws that apply to their firm.

“They can’t agree as to whether we’re a money services business or not,” Cblocks chief executive officer and co-founder, Auston Bunsen said. “Canada has much friendlier regulation when it comes to cryptocurrencies. They only require a federal registration,” Mr. Bunsen added.

If they are classified as a money services business in the US, they would need to pay a registration fee which is quite high. Moreover, there are some rigorous anti-money laundering regulations that the firm needs to follow as well. However, if they move to Canada, the money services business classification does not charge them that fees. Cblocks intends to be officially incorporated in Canada over the next week - and would soon begin their service for customers living in Canada!

However, in order to start operations in Canada, at least one Canadian citizen is required by Cblocks to be on their board. This requirement is necessary for Cblocks to obtain a license from the Financial Transactions and Reports Analysis Centre of Canada.