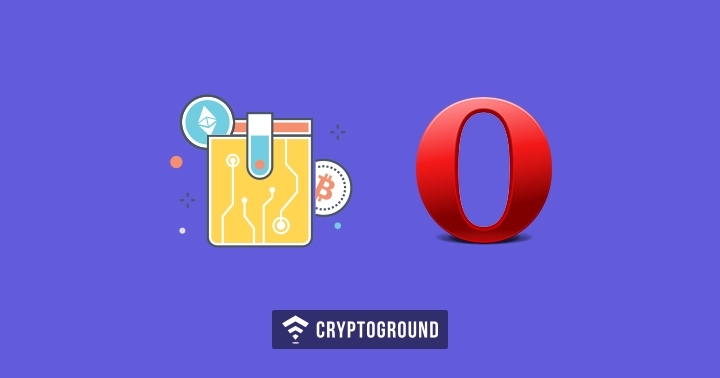 One of the leading web browser Opera is launching a new browser with inbuilt cryptocurrency wallet. The latest news was released by Opera in a blog post on April 8.

Opera's latest browser Opera 60, which is codenamed as Reborn 3 includes a native Cryptocurrency dubbed Opera Wallet and a Web 3 explorer. This explorer allows users to carry out transactions and connect with a blockchain-based internet called as Web 3. The browser also provides a VPN feature in order to maintain user's privacy and security.

Web 3 is also referred to as the "internet of the future." Web 3 is an umbrella term for a bunch of technologies including blockchain and cryptocurrencies. This will help to achieve a decentralized internet. Opera also mentioned that users can know more about it by entering the address of the web 3 application in the search bar.

“In practice, whenever they need to identify themselves to a Web 3 website or sign a transaction on the blockchain, users get a notification on their smartphone. They can confirm it in the same way they unlock their system, using, for example, facial recognition or their fingerprint.”

Opera's latest browser provides enhanced privacy and security features, along with built-in ad-blocker, the firm said in its release. Just like earlier versions of Opera, this version also provides an Unlimited VPN, or virtual private network, which encrypts information and hides user's locations.

“Blockchain technologies bring the power and control back to the people. They can securely sign transactions and identify themselves to websites, without unnecessarily oversharing their data.”

Opera has previously declared about its functionality to add crypto-wallet in June 2018. Later the firm officially announced in August 2018 that this crypto wallet will also reach the desktop browsers.

Charles Hame, who is the product manager at Opera said, "our hope is that this will accelerate the transition of cryptocurrencies from speculation and investment to being used for actual payments and transactions in our users’ daily lives."