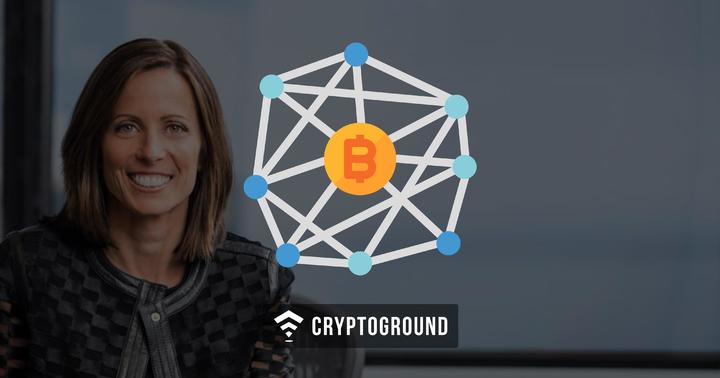 Adena Friedman, the CEO of world's second-largest stock exchange Nasdaq, is bullish on blockchain technology and cryptocurrencies. In a recent episode of CNN’s Boss Files, she expressed her view that the blockchain technology will be crucial for economies going forward. She also displayed her support for cryptocurrencies by saying that they seem to be the “right next step in the space of currency” in light of a seamless global digital economy.

While earlier in April, in an interview with CNBC, she had said that the Nasdaq was open to functioning as an exchange for cryptocurrencies once the market matures and becomes more regulated. Nasdaq also joined hands with Gemini, the crypto exchange founded by the Winklevoss twins Tyler and Cameron, to provide surveillance technology to ensure fair play.

At the recent Boss Files podcast, Adena, on blockchain, was quoted as saying “We see technology as a relentless change agent and our job is to embrace that change, to bring it to the industry, and make it so that our industry continues to be a very successful industry in the next decade or even beyond that.”

And while maintaining her enthusiasm on cryptocurrencies in general, she said, “How it evolves and which of the cryptocurrencies may or may not be the one that ultimately gets embraced, I think that really the jury is still out on that. But I do think the idea of a more globalized payment mechanism that is more efficient than what we have today allows for money to transfer across countries and certainly supports the Internet economy.”

There were some concerns for her, though, primarily surrounding government regulation. She said, “Are the governments going to start to embrace it? Or are they still going to have it sit outside the realm of their oversight? That's the real question that's yet to be answered.”