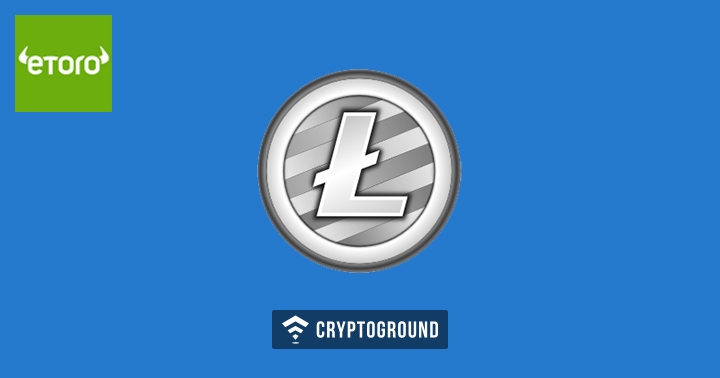 The current price that Litecoin (LTC) is trading at could be seen as a massive discount to what it should be worth, says Mati Greenspan, Senior Market Analyst at a social trading and multi-asset brokerage company eToro, in a recent research report.

For the uninitiated, Litecoin was created in late 2011 as a fork of Bitcoin, by then Google employee Charlie Lee. However, unlike all other BTC forks, Lee created his own genesis block, effectively starting a new cryptocurrency with no previous transactional history. Here are some of the reasons supporting the above view, from a report:

- Litecoin has more widespread adoption in terms of total addresses, transactions, and trading volume than some of the other cryptocurrencies, yet the total network value lags in comparison.

- Litecoin has a much larger number of daily active addresses (DAU) with respect to its market cap than all the other currencies considered except Dash. Besides, the relative daily transaction volume of Litecoin is also larger than that of any other currency analyzed, suggesting that it is, in fact, a very active and established coin which might not be reflected in its current valuation.

- Another interesting aspect is that Litecoin has experienced a very significant correction from the all-time highs of the cryptocurrency industry in January 2018. With respect to its all-time high of $378, Litecoin has fallen an 81% to its current price. This is a slightly larger decline than the 71% decline in the total market cap of all crypto assets.

- Given that Litecoin has an established and stable working product, as well as significant adoption, this bear market of the whole cryptocurrency industry could have lead to Litecoin being oversold.

- Litecoin (LTC) is by far one of the most established networks in the crypto space. It is already being used by many as a store of value and means of exchange and so can be considered as money. Furthermore, the groundbreaking partnerships that are being formed by the Litecoin Foundation position this crypto for long-term success.

Litecoin frequently referred to as “digital silver”, quickly became one of the most important cryptocurrencies after Bitcoin and has remained a solid alternative or complement to the king of the crypto sphere, states the report. Litecoin offers cheaper and faster transactions, although still inferior to several newer digital currencies. It is also one of the most liquid coins and one of the main gateways from crypto to fiat currencies and vice versa. With the relative price to each other being highly correlated, Litecoin can offer some diversification for investors as well as room for growth with a much more affordable coin than Bitcoin.

It further adds that the ratio between Bitcoin and Litecoin is also rather similar to that of Silver and Gold. At the moment, one ounce of gold buys approximately 80 ounces of silver. At the time of report writing, one BTC was worth about 85 LTC. The current circulating supply of Litecoin is 3.35 times that of Bitcoin and the total final one will be four times larger. As the rate of new Litecoins produced is faster than that of Bitcoin, should the above ratio remain within a stable range, the price per Litecoin would need to rise faster than the price of bitcoin, the report adds further.

Cryptocurrency markets are associated with high volatility, and Litecoin is no exception. It is important to carefully assess your investment goals, methodology and level of experience before deciding to start investing in a new market. It is also extremely important to diversify and view cryptocurrency as an additional element of your portfolio.

Given the high risk associated with this type of asset, it is recommended not to allocate more than 20% of your portfolio into cryptocurrencies. Given that the possibility to lose a part or even all the money invested exists, it is extremely important to invest only money that you can afford to lose.

You can read the full research report here.