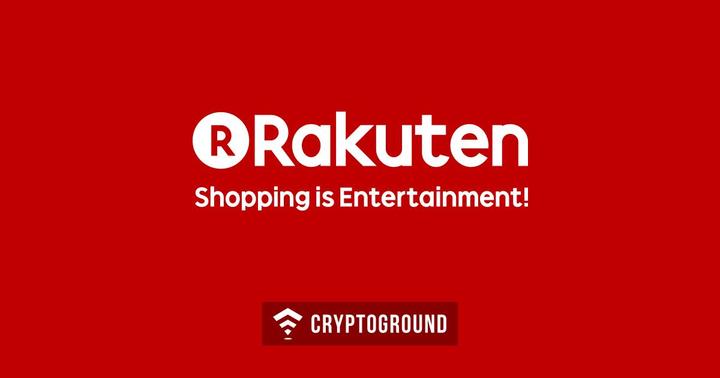 Rakuten is one of the biggest domestic e-commerce giants in Japan. The company has been an active player in the e-commerce market in the country for quite some time now. In 2016, they made news when they acquired Bitnet, a Bitcoin wallet startup (which they had invested in, in the past). While that was among their first steps into the world of cryptocurrencies, Rakuten is now all set to launch their own cryptocurrency - the Rakuten Coin!

This announcement was made by the Rakuten CEO, Hiroshi Mikitani. The Rakuten Coin, as per the CEO, would be used in the company’s loyalty rewards system. The announcement came during the Mobile World Congress 2018 event in Barcelona. As per the CEO, this is also an effort to reach an international market. He described Rakuten Coin as a ‘borderless currency’.

Rakuten has often been called Japan’s Amazon. The company has been quite progressive in the past when it comes to Bitcoins. Rakuten has been accepting Bitcoin payments since as early as 2015. Rakuten is yet to state any timelines as to when we can expect to see the Rakuten Coin.

However, it won’t just be used for the Rakuten E-Commerce platform. Rakuten owns a number of other businesses as well. This includes the likes of popular mobile messaging app Viber, as well as a travel company and an on-demand video service. The Rakuten Coin would soon be used across all these platforms. Rakuten’s primary objective is to use the Rakuten Coin with their loyalty rewards program. The Rakuten Loyalty Rewards program has been around since 2003 and has since given away over $9 Billion worth of points in rewards! The addition of cryptocurrencies here would give it a unique and modern-day approach.

Rakuten showing active interest in adapting cryptocurrency technology for their reward points system is quite interesting. Rakuten, which recorded $8.8 Billion in revenue in 2017, has millions of users from around the world.

Over the past few months, a number of companies have tried to ride the crypto-wave, with many of them having no real purpose other than to boost up their stock prices. These include the likes of washed out and forgotten names in the markets such as Kodak and Atari. Kodak claimed to launch their KodakCoin cryptocurrency and the KodakOne blockchain based platform. However, they backed out just one day before the ICO was set to begin. Arcade-era game maker Atari too, recently claimed that they will be launching an Atari Coin.

However, unlike these names, Rakuten is actually a thriving and flourishing business which does not need to ride the crypto-wave for a boost to their stocks. The company appears to be doing it to legitimately bring innovation to their platform. While there are no dates and further details at this point in time, it would be interesting to see how this pans out for Rakuten!