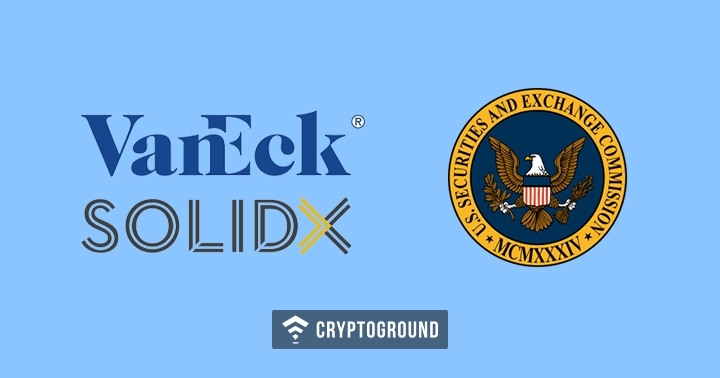 The U.S. Securities and Exchange Commission (SEC) is seeking further comments regarding its decision on the listing and trading of a VanEck-SolidX Bitcoin (BTC) exchange-traded fund (ETF), according to an official notice. The Commission has already received more than 1,400 comments on the proposal, as of September 19, 2018.

The proposal was filed by Chicago Board of Exchange (CBOE) BZX Exchange on June 20, 2018, to list and trade shares of SolidX Bitcoin Shares issued by the VanEck SolidX Bitcoin Trust. This ETF is claimed to be physically-backed, which means it will hold actual Bitcoins and is expected to list on the CBOE BZX. The Commission was to announce the decision within 45 days of the filing date, but on August 7, 2018, it postponed the decision until September 30, 2018.

Now, the Commission notes that it has not “reached any conclusions with respect to any of the issues involved,” and is asking for additional comments from interested parties addressing the sufficiency of the BZX’s statement in support of the proposal. In particular, the SEC is seeking comments on eighteen key issues, among which are commenters’ views on BZX’s assertions that BTC “is arguably less susceptible to manipulation than other commodities that underlie exchange-traded products (ETPs).”

"The Commission is instituting proceedings to allow for additional analysis of the proposed rule change’s consistency with Section 6(b)(5) of the Act,  which requires, among other things, that the rules of a national securities exchange be “designed to prevent fraudulent and manipulative acts and practices, to promote just and equitable principles of trade,” and “to protect investors and the public interest."

Last month, the Commission disapproved a total of nine Bitcoin ETF proposals from three different entities - ProShares, Direxion, and GraniteShares. Later, it said it will 'review' these nine proposals. While in July, the Commission for the second time rejected the application for a Bitcoin ETF by twin brothers Tyler and Cameron Winklevoss, founders of crypto exchange Gemini. However, one SEC Commissioner named Hester M. Peirce officially dissented the SEC's decision. The Commission has not approved any Bitcoin ETF till date. Market observers, however, are hopeful that it would approve the proposal of VanEck-SolidX Bitcoin ETF soon, given that most comments are in favor of it.