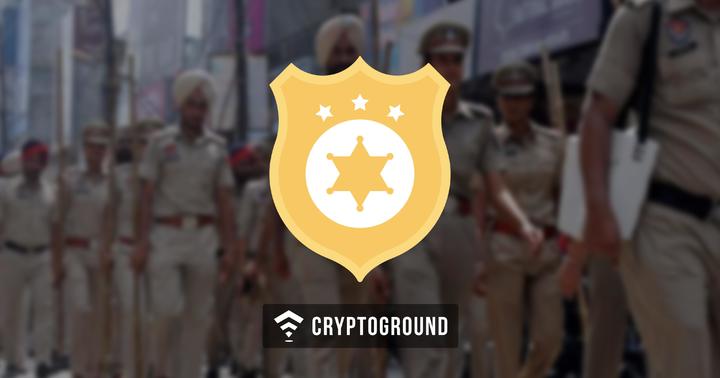 Corruption in South Asian nations has been an issue which has raised many international concerns over the years. In a first such case in India, cops from the state of Gujarat reportedly tried to extort 200 Bitcoins worth Rs. 12 Crore (120 Million Rupees) from a trader based in the city of Surat.

Reports from the Gujarat State Criminal Investigation Department (CID) indicate that some members of the state’s police force had been arrested over abducting a trader and forcing him to pay this ransom. As per reports from local media, eight policemen, as well as a lawyer have been booked in this case. Out of these eight cops, two have been arrested by the CID.

All eight of the involved policemen are from Amreli district in Gujarat. One of the prime accused in this case is Police Inspector Anant Patel, as well as another policeman. The two have been accused of having allegedly abducted the trader, Shailesh Bhatt from a Gandhinagar based farmhouse. The cops forced Bhatt to transfer 200 Bitcoins from his mobile.

2 of the accused 8 cops have been arrested, as per the Director General of Police, CID (crime), Ashish Bhatia, who said “Two policemen — constables Babu Der and Vijay Vadher — were arrested today. All other accused have gone underground. Efforts are on to nab them.” This complaint against the policemen was filed by Shailesh Bhatt on the 23rd of February. As per the reports, there was also a 32 crore cash ransom demanded to free him.

The cops who have been booked in the complaint had called Mr Bhatt to a farmhouse in Gandhinagar on the 11th of February, where they had abducted him. Reports claim that Bhatt was released after he assured the police that he would pay them Rs. 32 Crore via Hawala transfers (a popular Indian system of transferring money - often used for unaccounted income and money laundering). He was made to transfer 200 Bitcoins on the spot.

However, the CID investigation did not find any proof of the Bitcoins that were transferred, but they have registered complaints of abduction, illegal confinement, threats and the demand for a ransom. As of now, it is not clear as to why the cops targeted Bhatt. There is a speculation that they targeted him because a complaint had been filed against Bhatt that he stole Bitcoins from someone. A special investigation team (SIT) has been formed by the CID to investigate further into this matter.