Your DNA Can Now Store Your Cryptocurrency Private Key! 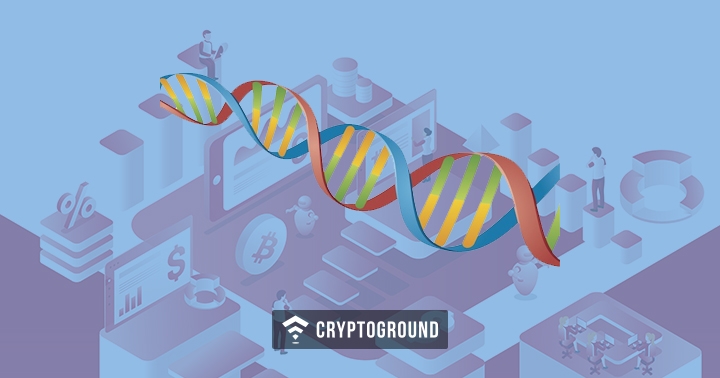 Private keys are a very important concept in the world of cryptocurrencies. If it ends up landing in the wrong hands, it might end up bankrupting you. Worse still, if you forget the key, there perhaps is no other way for you to recover your digital money - especially if you are using one of those super-secure wallets. A startup called Carverr now provides the perfect solution to ensuring you never end up forgetting the key - by storing it in your DNA!

Over the past few years, scientists have been researching deeper into the world of genetic science and DNA. Of late, there has been quite a buzz about storing stuff over synthetic DNA. The DNA stores a lot of genetic information about who you are and how you look like. However, can it also store your cryptocurrency passwords? Let us take a closer look!

Carverr CEO and co-founder Vishaal Bhuyan is the first to admit that this idea sounds rather outlandish and absurd to believe in. However, storing your cryptocurrency password in your DNA is basically just another form of an encryption. As per him, his company is not the only one looking into it, as he is aware of other firms researching in a similar direction.

How To Store Your Private Key In the form of DNA?

While this concept sounds rather absurd and outlandish on paper, when one gives a closer look at the mechanics that make this possible, it appears to be quite simple. The DNA, as we know it, is composed of four components represented by the letters A, T, C and G. By assigning certain values to the components - a string of characters can be represented in the form of DNA values.

For instance, in an example stated by CNET,

Basically, this synthetic DNA is then printed out in a microtube and it is suspended in a drop of a liquid in some cases. The code can only be deciphered by a specialized lab-sequencing machine which can help translate it back to the binary codes and then decode it to the actual string of characters!

Bhuyan claims that as of now, 28 people have signed up for this service and have paid a fee of $1,000 to have their cryptocurrency private key encrypted with their DNA. Customers are sent five copies of their DNA over the mail. They are advised to store it in a freezer to preserve it. As per Bhuyan, Carverr is exploring more options to enhance the storage experience. Carverr plans to expand their services to banks and other organizations in the near future. Bhuyan commented on this, saying:

"DNA is the only thing that won't become obsolete. So the way I look at it, this is a trust or 401(k) that you can allocate some of your assets to and keep for a very, very long period of time.”