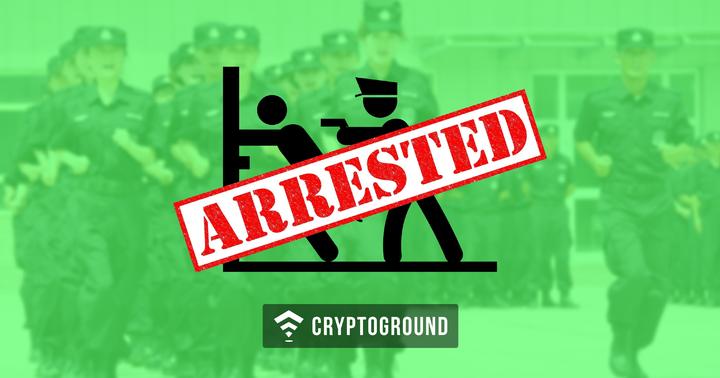 Cops in China busted a cryptocurrency pyramid scheme of 86 million yuan which amounts to approximately $13 million which affected over 13,000 people. As per local media reports, the primary suspect’s name is Mr. Zheng, who launched this Cryptocurrency scam on March, 28th of this year with three other people, who are also under arrest.

The initial investigation has brought to light the information that these scamsters had launched the scheme under the name of Da Tang Coin (DTC) in alliance with Hong Kong registered firm DTC holding, with which the suspect is assumed to be connected.

As per the report, the scheme claimed that new members can make 80,000 yuan (roughly $13,000) per day with an initial investment of $480,000 to purchase the DBTC at $0.50 per token. Moreover, to add a realistic twist to the project, they hired an international representative as the Chairman of DTC holding to be perceived as an International Blockchain Technology Startup.

The schemes showed clear signs of being a Ponzi or multi-level marketing methods. They ran across Phnom Penh, Xi’an, Ningbo and other cities with the potential return on investment of ¥80,000 yuan (~$13,000) in profits per day, as long as investors invested ¥3 mln ($480,000) upfront in purchases of DTC coin, selling them at ¥3 ($0.50) per token. This irresistible proposition made the investors churn out a huge chunk of money between 15th to 28th March.

As per these statistics, since August 2017, 37 arrests have been recorded and approximately 50,000 people were hoodwinked in cyberspace of multi-level marketing of cryptocurrency. One of the primary reasons for these frauds is due to the leniency of cyber laws as well as background check process, but it’s high time for China to revise their cyber laws for protecting the interest of the mass.

Cryptocurrency scams have now become a global concern. Since 2015, millions of dollars have been laundered through multi-level marketing schemes or Ponzi/pyramid schemes affecting the economic landscape of USA, China, Thailand, and very recently Vietnam wherein almost 32000 people had been duped by investing approximately 15 trillion Vietnamese Dong which is equivalent to $658 million. According to the report, a company named Modern Tech in the Ho Chi Minh City had entailed fake ICOs (Initial Coin Offerings).The scam got detected when a couple of angry investors tried to track down the office of Modern Tech and realized that they have already closed their operations and fled.

These fraudsters can swing to exceptional levels to allure the investors about their potential returns from the schemes. Even seasoned investors fall for them.  Financial and ethical investment practices need to be promoted in the crypto community. investors need to be educated to understand the scope of their investment and in analyzing fraudulent promises.