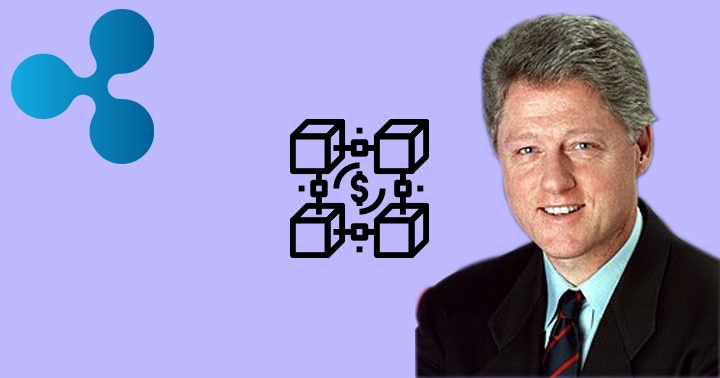 Earlier this year we reported that former President of the United States, Bill Clinton was announced to deliver the keynote speech at Ripple’s SWELL conference. On the 1st of October, President Clinton finally made this much awaited speech, lauding the blockchain technology while also commenting upon how the industry is suffering due to over-regulations.

The event was held at San Francisco, where Clinton delivered his keynote speech along with Gene Sperling, who was his Economic Advisor from 1996 to 2001. Together, the two addressed a number of issues that the blockchain technology can solve ranging from cultural differences to matters of foreign policy. Clinton also took part in a question and answer session at the event.

“This whole blockchain deal has the potential it does only because it is applicable across national borders [and] income groups. The permutations and possibilities are staggeringly great...We could ruin it all by negative identity politics and economic and social policy. You think about that.”

This wasn’t the first time President Clinton was involved in a Bitcoin related news story. Back in 2016, Bill Clinton received his first-ever Bitcoin as a gift from technopreneur Matthew Roszak at a conference in Washington, D.C. On another interesting note about Bitcoin and Bill Clinton, his wife Hillary Clinton refused to accept Bitcoin donations for campaign funding during her run-up to the 2016 presidential elections.

"You don't want consumer fraud, you don't want to finance criminal enterprises, and you certainly don't want to make it easier to pull off severe attacks by terrorists. That's the challenge of each new technology."

Clinton also commented on regulations in the cryptocurrency industry, cautioning that unfair laws and regulatory systems could end up killing the goose that lays the golden egg. "There needs to be an intelligent effort to identify the downsides", the former President commented, adding "you can't apply [an] old regulatory regime to a new technology."

Ripple’s annual event usually has high-profile names appear as keynote speakers. Last year, the keynote speech was delivered by former Federal Reserve chair Ben Bernanke. Bill Clinton was chosen as the keynote speaker at this event because of the fact that he was one of the most prominent figures in the US when it came to the internet adoption and bringing in technological revolutions in governance. In their Press Release earlier this year, Ripple had stated that:

At a time when groundbreaking technology and regulation were often on a collision course, President Clinton helped usher in a period of extreme growth and adoption of the Internet, shaping what it is today. He also established programs that bridged the “digital divide” and brought new technology to underserved communities around the world.

Oracle Executive says Blockchain will be used by 50% Companies Globall...