BTC-e Owner Alexander Vinnik to be Extradited to Russia 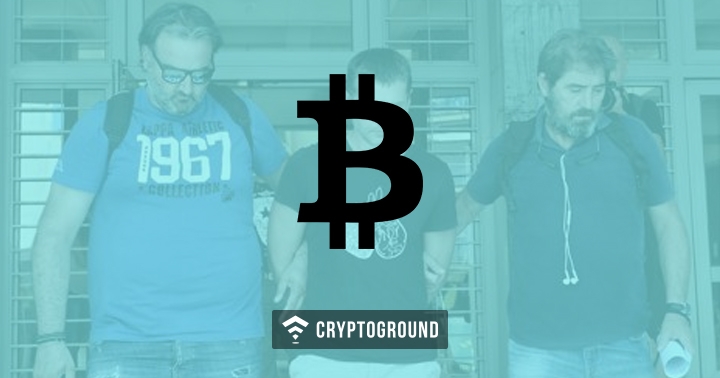 Alexander Vinnik, the owner of the controversial BTC-e website has been locked up in Greek prison since last year, is now to be extradited to Russia. Vinnik, who has been booked on several charges of fraud, was pursued by the US. Prosecutors in San Francisco claimed that Vinnik has helped launder money worth Billions of dollars to criminals via the BTC-e cryptocurrency exchange. The final, official announcement from the Supreme Court is all set to come on the 19h of September.

Vinnik faces multiple charges of fraud in the US, France as well as his home country of Russia. However, while it is most likely that the court will rule in the favour of Vinnik’s extradition to Russia, France has also made a similar demand - which will be heard during the Supreme Court hearing on the 19h of September. Reports from Russian agency RIA Novosti, Vinnik has approved of his extradition to Russia.

The US department of Law Enforcement seized the domain and also forced the company to stop its business. 21 charges were filed against Alexander Vinnik. However, Vinnik has categorically denied all these allegations against him, saying that he was not responsible for the damages to the nationals of any of the three countries. He also claims that he was not aware of any illegal activity happening on BTC-e. In an interview, Vinnik had said:

"The U.S. is kidnapping Russian citizens through third countries. France is just another way, another link for my extradition to the U.S. I insist that I did not cause any damage to these countries or to the nationals of these countries. I had no knowledge of illegal transactions."

While Vinnik has not commented about his Russian fraud charges, he has offered to be extradited to Russia. He has also offered another alternative where he would work with the Greek authorities, but from his current location. “[This case] is now up to politicians and their will,” commented Vinnik’s attorney Timofey Musatov. As of this writing, the US, France and Russia - all three want Vinnik extradited to them, and this final decision will be taken by the Supreme Court of Greece.

The primary charge against Vinnik, however, is that of the fact that BTC-e had become a favourite platform of cyber criminals, and that criminals used the platform to launder funds from Bitcoin to cash. BTC-e, which didn’t really have strong consumer verification mechanisms, allowed a large number of people to anonymously transact funds.

What makes matters worse for BTC-e is its involvement in the Robert Mueller investigation. Reports find that the BTC-e had traded Bitcoins with ‘Fancy Bear’, one of the names for Russian military intelligence officers who helped steal and release the e-mails of members of the Democratic party, thereby resulting in a sway in the US Presidential elections of 2016. Hence, US has also been claiming to have Vinnik extradited to their country. It will be interesting to see the final decision, which comes out on the 19th of September! Stay tuned.