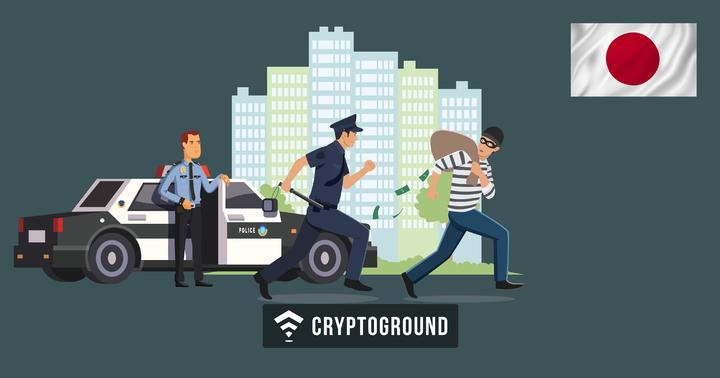 Japan's police force has arrested 5 people from Tokyo and Hyogo on April 16th over a fraudulent transaction of ¥190 mln ($1.7 mln) worth of Bitcoins.A total of 12 men have been arrested in association with this crime over a period of 11 months. This news has been validated by local news outlet TBS.

Cops have confirmed that these people had swindled the President of a Tokyo based marketing company, with whom they have already been transacting for a couple of months, exchanging bitcoins and virtual currencies with cash. These scammers tricked him by exchanging fake notes of ¥200 mln (~$1.9 mln) post his bitcoin transaction of an equivalent amount.

This time, the fraudsters had redeemed the Bitcoins after the victim transferred ~¥190 mln ($1.7 mln after fees) after the assurance that the agent has received the cash to his respective account of Yokohama cryptocurrency exchange.It is speculated by the cops that these scams are curated by Kentaro Yagihashi, 32, who has directed a racket of youngsters to pull this off, though none of them has accepted their guilt. On an interesting note, after being conned by these scammers, the victim has confessed that he used to do this for dodging the commission fees of crypto exchange services.

Last April, Japanese authorities acknowledged bitcoin as a legal tender and stated that they would entail cryptocurrency exchanges to register with the Government.There are 16 cryptocurrency exchanges in Japan which have registered with Japan’s Financial Services Agency (FSA). Nikkei mentions of 16 virtual currency exchanges and 3 companies with crypto wallets. As per the reports of Nikkei, “Out of the 149 cases of “unauthorized access” to crypto accounts, in about 80 percent of cases (122 cases), the wallets did not use “two-factor authentication,” only using ID and password”

Amongst all the currencies, the Bitcoins (BTC) (85 BTC lost), Ripple (XRP) (55 XRP), with 13 other altcoins swing more to the proneness of being hacked.By NPA data, the number of hacks increased per month as BTC’s price increased -- 9 unauthorized attempts in April 2017, 19 in May, and 41 in June. There were 425 cases of illegal online transfers of fiat currencies, which is less than ¼ of the amount noted by the NPA in 2014.

After the January Coincheck hack, Japan’s FSA conducted on-site inspections of the 15 as-of-yet unregistered Japanese crypto exchanges. Of the 15, 7 were then given business improvement notices, and 2 had their operations temporarily suspended, due to a lack of “the proper and required internal control systems.”

The statistics issued by Japanese Metropolitan Police Department revealed that over ¥662.4 mln ($6.2 mln) in cryptocurrency was lost in scams in Japan in 2017. This figure does not consider the $500 mln hack of NEM from Coincheck! However, ever since the Coincheck hack, Japan’s laws have become way stricter.