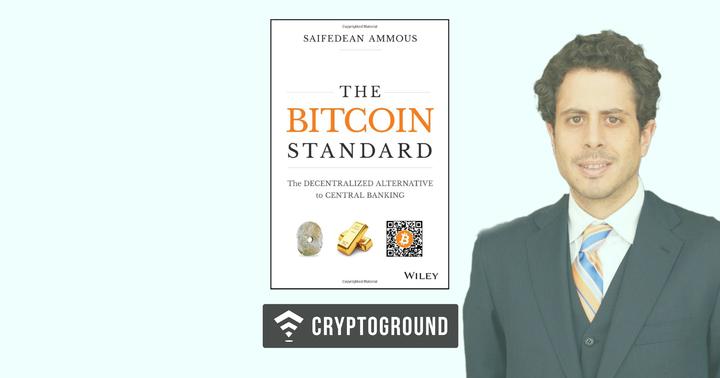 Bitcoin and cryptocurrencies are becoming enormously popular each passing day. They show up in headlines, advertisements, posters, memes; everywhere online and print. Recently, Saifedean Ammous, an economics professor, wrote a book named "The Bitcoin Standard: The Decentralized Alternative to Central Banking" which become an instant hit. Lots of positive reviews have been pouring in ever since.

One of the readers, Jex Dunkirk also went ahead and called it "The Bitcoin Bible." He explains that the book fills a gap on three fronts. Firstly, it helps those of us who became enamored with Bitcoin through individual and economic freedom succinctly explain our viewpoint. Secondly, it serves as a philosophical on-ramp to the multitudes of speculators who flooded into Bitcoin in the past six months or so. It also provides them a concrete reason to transform their time-preference (a critical economic theme in the book) from trader to HODLer. Lastly, it is for people who have never heard of Bitcoin or have heard of it but don’t know or understand much about it. It provides these folks with the very best reason for converting at least some of their government-backed fiat money into the sound/hard money of Bitcoin.

While another reader from France, Yorick de Mombynes took it to Twitter to appreciate the book. He shared some of the best quotes from the book in a tweet thread. Here's the curated list:

Mombynes has done an excellent job in summarizing the book. This, however, isn't all. Anyone who has read the book is whole-heartedly recommending it. If you are a bitcoin or crypto freak, you should surely buy "The Bitcoin Standard" and give it a read.

Steve Wozniak Believes Ethereum Has The Potential to be The Next Apple...