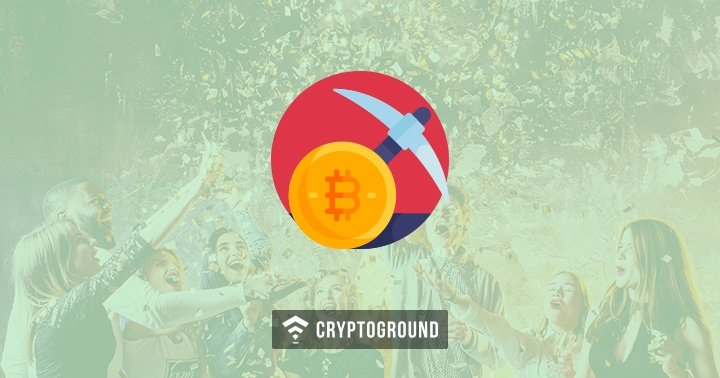 On the 3rd of January, 2009, Satoshi Nakamoto mined the first ever block on the Bitcoin blockchain, popularly known as the ‘genesis block’. This was based on the Bitcoin Whitepaper which was published on the 31st of October, 2008. What followed since has been nothing short of revolutionary - as Bitcoin, in a decade-long period, has risen to become a globally recognized agent of economic change. Following the mining of the first block, the anonymous Nakamoto released the source code - and the blockchain hence opened up to miners from across the world, the rest, as we know it, is history.

The 10th Birthday of Bitcoin is getting some mainstream publicity as well, as BitMex carried out an advertisement in The Times, which reads “Thanks, Satoshi. We Owe You One”, followed by “Happy 10th Birthday, Bitcoin.” Interestingly, The Times happens to be the newspaper referenced in the Hex Code of the genesis block of the Bitcoin blockchain. When translated, the hex data of the genesis block reads “The Times 03/Jan/2009 Chancellor on brink of second bailout for banks,” which was the headline of that newspaper on the day the first block was mined.

BitMex has also carried out a bigger ad on the inside pages, which showcases the growth of Bitcoin over the years, calling Bitcoin ‘a brilliant invention’. 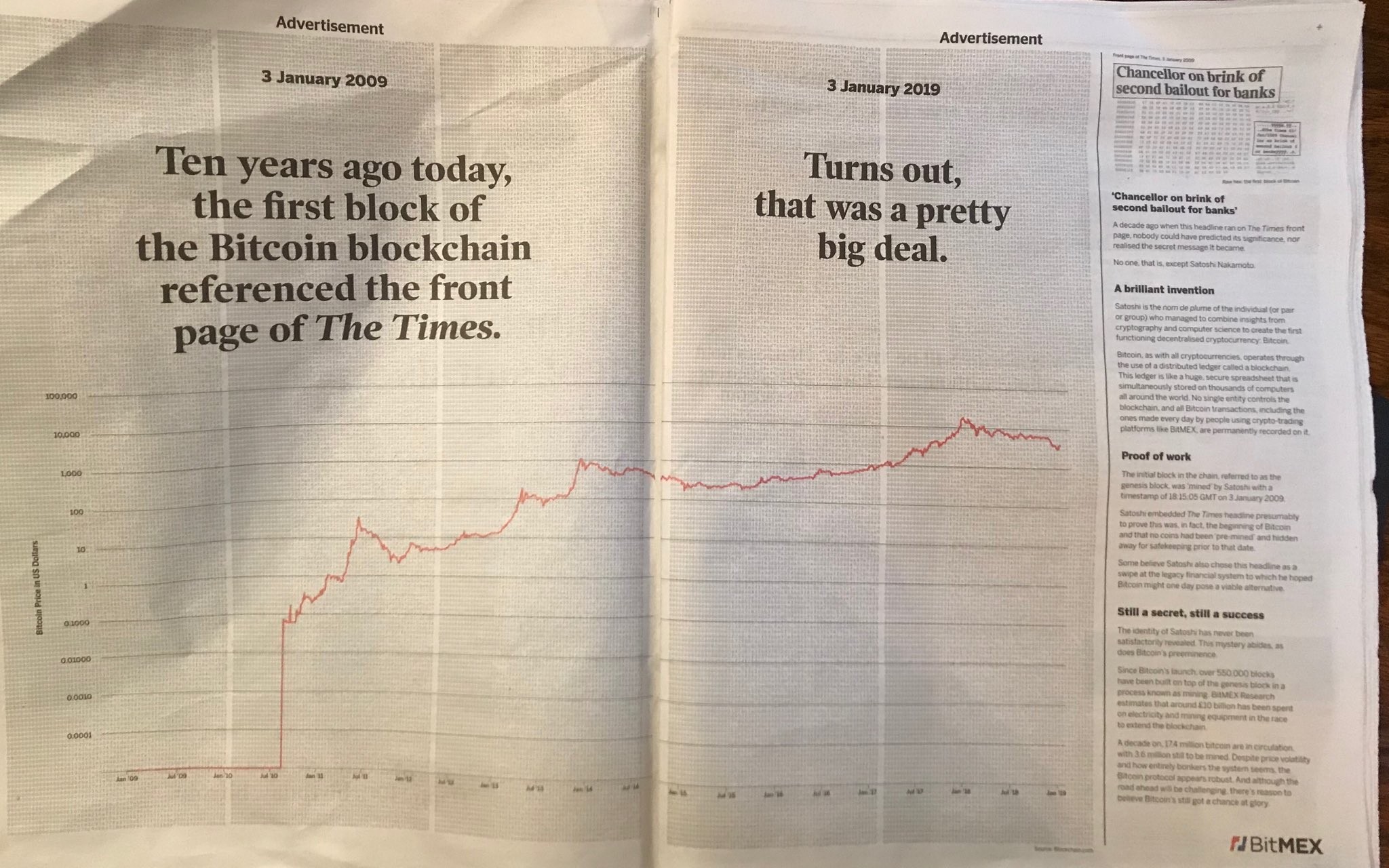 Following the mining of the genesis block, close to 556,000 other blocks on the Bitcoin blockchain have been mined over the past ten years. There can only ever be 21 Million Bitcoins (BTC) in circulation, out of which 17.5 Million Bitcoins have already been mined.

At the time when the first block of the Bitcoin blockchain was mined, miners were rewarded with 50 Bitcoins as a block reward. Interestingly, the 50 Bitcoins that were generated by the mining of the genesis block are unspendable. Like Nakamoto himself, this genesis block too, is quite mysterious about its operations - no one knows as to why it is an unspendable amount. Over the past 10 years, people have sent small amounts to this block as a tribute to Satoshi. As of this writing, the genesis block holds 66.91 Bitcoins.

Bitcoin, over the past 10 years, has faced various challenges - but has overcome all of them with equal vigour. A large number of cryptocurrency exchanges, wallets and applications have sprung up since the genesis block was mined. Among one of the biggest challenges that Bitcoin faced was that of the increasing burden on the blockchain - resulting in rising transaction costs and slower transaction speeds. However, with innovations such as the lightning network, things appear to be going at a much smoother pace now than ever before.

To understand the reason behind the creation of Bitcoin, one has to understand the context of the times that it came out in. Bitcoin came out in the backdrop of the biggest economic crisis of recent times. Bitcoin led the way forward for a decentralized economy free from any central control, led by community-driven motives. Over the years, Bitcoin has seen large support as well as massive oppositions. It has seen adoptions as well as internal rebellions leading in forks and splits. However, despite the several ups and downs, Satoshi Nakamoto’s creation has successfully managed to survive for ten years.