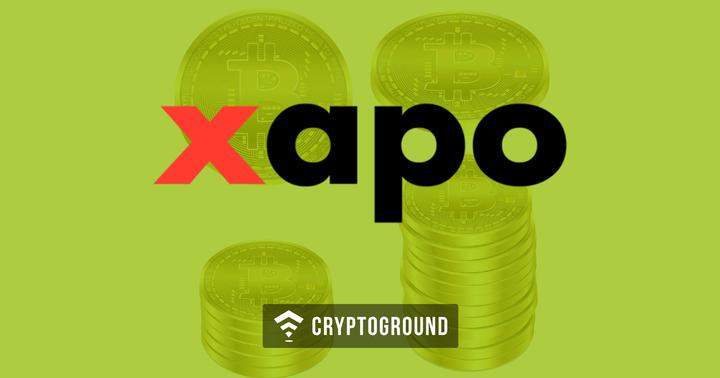 Hong Kong based Xapo is a company which offers various solutions when it comes to storing Bitcoins. The company has a Bitcoin wallet, a Bitcoin Debit Card - and also offers various cold storage services. Reports have now emerged that Xapo stores 7% of total Bitcoins in circulation in their cold storage vaults!

Xapo is reportedly storing $10 Billion worth of Bitcoins in an underground network of blast-proof vaults. This report comes via Bloomberg where two Xapo clients have pointed this fact out. This news was further confirmed by another source close to Xapo. The company was formed by Argentina based entrepreneur Wences Casares.

In the past, Xapo has been known as the preferred option for those who wish to store large volumes of Bitcoins. Casares is known in the silicon valley circles as ‘patient zero’ when it comes to cryptocurrencies - as he has been a major influencer who has been supporting Bitcoin adoption for several years now. Casares has convinced several names in the Silicon Valley to buy their first Bitcoin!

The company is being backed by a number of elite names in the world of business and technology. LinkedIn co-founder Reid Hoffman and well-known Wall Street trader, Mike Novogratz have backed this firm. Cryptocurrency investment firm CoinShares has shown great faith in the company and has stored over $500 Million with Xapo.

It’s All About the Security

When it comes to securing cryptocurrencies, the one thing that traders want to keep protected is the ‘private key’. The access to a trader’s private key gives anyone the access to their Bitcoins. Different kinds of wallets store private keys differently. In some cases, private keys are stored with the wallet website, in some cases a third party stores the keys, while it is stored on the computers of the trader in other cases. Cold storage devices are considered the most secure as they store keys on an offline devices. Xapo is offering the storage of Bitcoins on cold storage wallets behind these vaults.

$10 Billion is a lot of money and Xapo wants to ensure that it remains as secure as possible. These vaults have been built across five continents - one of these vaults is based in a decommissioned Swiss military bunker. These vaults have concrete walls and blast-proof doors protecting the cold storage wallets which are kept there, away from the hands of thieves and hackers, as they are highly secure and offline, hence unhackable.

In the past criminals have resorted to hacking - as well as breaking in and robbing, or even kidnapping cryptocurrency owners in order to get hold of cryptocurrencies. Security is an essential aspect and Xapo wants to ensure that they have the best of services.

When it comes to withdrawing Bitcoins from these vaults, it is a process that takes about 2 days. The client’s identity is verified and the request is authenticated - following which a manual process of signing transactions with private keys is carried out. In order for a transaction to get verified - approval is required from three separate vaults.

Xapo has been one of the most popular names in the world of cryptocurrencies, especially for those involved in high net-worth transactions. Xapo was the first company to create a Bitcoin Debit Card - and also offers a trading desk where the customers can buy and sell Bitcoins with ease. This report of $10 Billion stored in Xapo’s vaults has been making rounds across the media but Casares has denied commenting on it.

Is Binance The Fastest Start-Up To Reach The ‘Unicorn’ Status?