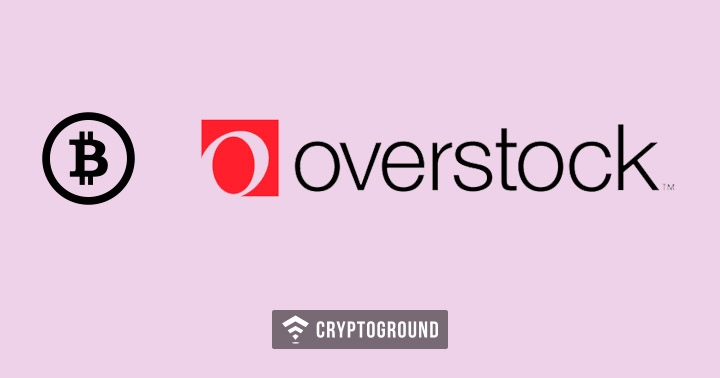 Popular United States retailer Overstock.com has declared that it will pay part of its business taxes in the Ohio state using Bitcoin, as per the announcement made by website on Jan 3. The recent decision is made just after the state launched one of-its-kind of payment portal known as OhioCrypto, which allows firms to pay taxes using cryptocurrency.

In an interview, Ohio Treasurer Josh Mandel stated that the Bitcoin tax collection program's main purpose is to provide convenience to business and branding state as the leader in acceptance of blockchain technology.

He further said that major taxpayers opt to pay taxes using credit cards, which compels to pay a 2.5% service fee, however bitcoin payments will only have a service charge of 1%.

Overstock has opted to pay only the Commercial Activity Tax (CAT) using Bitcoin from February 2019. This is applicable to businesses with more than $150,000 in receipts.

Patrick Byrne, who is the founder and the CEO of Overstock said that,

“We have long thought that thoughtful governmental adoption of emerging technologies such as cryptocurrencies (when accompanied by non-restrictive legislation over these technologies) is the best way to ensure the U.S. does not lose our place at the forefront of the ever-advancing global economy.”

As per earlier reports, Ohio became the first U.S state to begin accepting Bitcoin as a payment method for taxes in November. The service is only available for businesses with reported plans to expand the option to the individual filers in future.

Josh Mandel also said that he has plans to not only accept bitcoin but also to start accepting other cryptocurrencies in the near future.

In the latest interview by business magazine Fortune, Mandel said with confidence that Ohio plans to launch crypto payments for taxpayers in 2020.

Previously in 2014, Overstock became the first firm to accept Bitcoin after a collaboration with popular crypto exchange Coinbase.

Lately, Byrne stated that he would sell the retail arm of Overstock to just work on Blockchain from next month. Apart from this, he has already sold 10% of its shares, worth around $20million. He sold these shares to invest money in Overstock’s blockchain-focused subsidiary, Medici Ventures.